The announcement was made Thursday morning by Clio CEO Jack Newton at the Clio Cloud Conference in New Orleans. Celebrating 10 years in business, this is Clio’s first acquisition. The purchase price was not disclosed, but Newton said during a live press briefing that it was in the “millions.”

“The founders of Lexicata and I have always shared a passion for creating transformative technologies that will move the industry of law forward,” Newton said in a statement. “To that end, we are excited to welcome Lexicata into the Clio family as we build the next frontier of legal technology.”

Lexicata will continue to be offered as a standalone option at least through 2019, according to Newton. Those who use Clio Grow will have access to Clio and Lexicata features under one account and bill.

For Lexicata CEO Michael Chasin, the merger made sense because he felt his company was running a parallel race with Clio.

“Why are we doing this separately?” he asked. “We could be dominating together.” 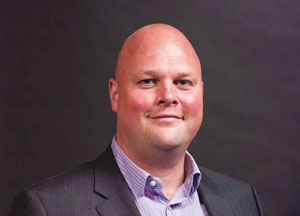 Newton said the deal came together in about 2 1/2 weeks, chalking it up to the companies’ shared common values.

The expansion into client intake and management comes as Clio wants to move beyond client management software and into what Newton calls a “client experience platform.” This change is, in part, informed by Clio’s Legal Trends reports.

According to the 2018 report, released Thursday, 57 percent of consumers surveyed faced a legal problem but didn’t pursue a legal solution. Additionally, of the consumer respondents who spoke with an attorney about an issue over the last two years, 68 percent did not hire that attorney. Of those potential clients who had a formal consultation with an attorney in that time frame, 58 percent did not buy services from that lawyer.

“We’ve set the course for Clio, and the acquisition of Lexicata indicates where we want to be as a company—and that’s in a place where we can help lawyers focus their firms on being more client-centered,” Newton said in the statement.

During Thursday’s keynote, Newton introduced other features, including a client referral network, a redesign of the mobile app and updates to its app directory, calendar and billing features.

The company is also rolling out a feature that collects and aggregates client satisfaction called a net promoter score. Believing customer feedback is a missing component for many law firms, this feature automatically requests a 1 to 10 rating scale and comment from clients once a matter is closed. The feature will be rolled out later in the year.

Looking into the future, Newton said that Clio is not done acquiring companies or partners that compliment their existing offerings.

“This is our first acquisition, but it won’t be our last,” he said.