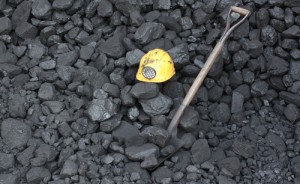 More specifically, it’s a John Prine song, and Peabody Energy says it has no place in a complaint filed against the company by two activists who alleged Peabody had a role in their unconstitutional 2013 arrest for protesting outside the company’s shareholder meeting. The plaintiffs sued in federal court in Casper, Wyoming.

The plaintiffs opened their complaint with the song “Paradise,” which protests strip mining, the Associated Press reports. These verses are quoted:

“Then the coal company came with the world’s largest shovel

“And they tortured the timber and stripped all the land

“Well, they dug for their coal till the land was forsaken

“Then they wrote it all down as the progress of man …

” ‘And daddy won’t you take me back to Muhlenberg County

” ‘Down by the Green River where Paradise lay?’

” ‘Mister Peabody’s coal train has hauled it away.’ “

The company sought to strike the lyrics from the complaint, calling them “irrelevant, immaterial, impertinent and/or inflammatory” in a brief supporting a motion to strike filed on July 2.

“Plaintiffs are attempting to shame Peabody and attack the energy industry by citing to song lyrics that tarnish Peabody’s name, which is, unquestionably, intended to prejudice Peabody,” according to the brief, filed by lawyers at Dentons and Crowell & Moring. “Plaintiffs cannot use this forum as a means to advance their political agenda.”

The brief also seeks to strike portions of the plaintiffs’ brief referring to background information on the song, other protests against Peabody, alleged destructive environmental policies by the company, tax revenues generated by coal, and alleged threats by the company to obtain legal sanctions if the plaintiffs filed suit.

The company’s brief contends the lyrics and the other material don’t satisfy federal pleading requirements, which call for a short and plain statement of the plaintiff’s claims that is simple, concise and direct. The judge is authorized to strike information not related to the claims at issue when it is “redundant, immaterial, impertinent, or scandalous matter,” the brief says.

The plaintiffs, Thomas Asprey and Leslie Glustrom, fired back in a response (PDF) filed by their lawyers Aug. 4. “Defendant Peabody Energy Corp. has paid its lawyers thousands of dollars to submit a 17-page brief in support of its four-page motion to strike song lyrics from the complaint,” citing the need to save money litigating “spurious issues,” the brief says.

The plaintiffs say federal judges at all levels have quoted song lyrics, including Chief Justice John G. Roberts Jr., who quoted Bob Dylan. and Justice Antonin Scalia, who also referred to Dylan when he wrote “the-times-they-are-a-changin.’

A footnote in the brief says the plaintiff’s counsel “is happy to report that the frequency of references to Bruce Springsteen’s lyrics in all types of legal writing is rising.”

The plaintiffs are represented by Killmer, Lane & Newman in Denver and Fuller, Sandefer & Associates in Casper, Wyoming. Lawyer Darold Killmer signed the brief.