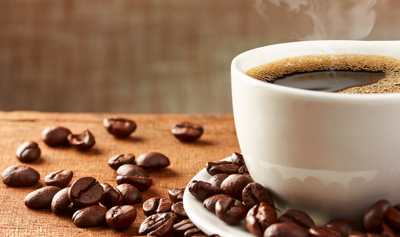 A California judge has tentatively ruled that coffee sold in the state must carry a cancer warning label.

Judge Elihu Berle based his decision on a state law that requires businesses with at least 10 employees to notify Californians about chemical exposure that can cause cancer and birth defects, report the Associated Press, the San Diego Union-Tribune, the Washington Post and the Wall Street Journal.

The law, known as Proposition 65, was adopted by a ballot referendum in 1986. The law allows private plaintiffs to sue on behalf of the state and collect a portion of civil penalties.

Coffee contains acrylamide, which is created as a result of roasting. The chemical is on California’s list of those that require a warning. However, a recent analysis concluded that drinking coffee is associated with a decreased risk of many cancers, according to the Post. The International Agency for Research on Cancer decided in 2016 to remove coffee from a list of possible carcinogens.

Berle ruled in an earlier phase of the trial that Starbucks and other defendants hadn’t shown the threat from acrylamide was insignificant, according to AP. On Wednesday, he said the defendants had failed to show that the benefits of drinking coffee outweighed the risks.

Starbucks is among about 50 defendants remaining in the lawsuit. Some defendants have already settled, including 7-Eleven, which agreed to pay $900,000.

The plaintiff in the suit is the Council for Education and Research on Toxics, which has the same telephone number as the lawyer who filed the suit, Raphael Metzger, Bloomberg reported last fall. The top penalty is $2,500 for each cup sold without the proper warning, but Metzger told Bloomberg he didn’t expect the judge to award maximum damages.