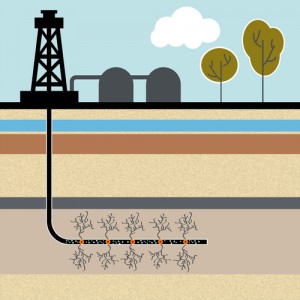 Fort Collins has a five-year moratorium on fracking within city limits, the Denver Post reports, and Longmont in 2012 banned the process. The municipal laws were challenged by the Colorado Oil and Gas Association, according to Colorado Public Radio, and the state supreme court published rulings for each town.

“The Oil and Gas Conservation Act and the Commission’s pervasive rules and regulations … convince us that the state’s interest in the efficient and responsible development of oil and gas resources includes a strong interest in the uniform regulation of fracking,” the court wrote in City of Longmont v Colorado Oil and Gas Association (PDF).

In the Fort Collins opinion (PDF), the court found that the town’s moratorium impedes the state’s interest in “the efficient and responsible development of oil and gas resources.”

Both rulings were unanimous. The state has more than 50,000 active oil and gas wells, according to the Denver Post, and more than 45,000 inactive wells, which following the opinions must be restored. However various ballot initiatives, which would set up stronger limits on fracking, are being considered.

“This very well could mean that anti-oil and gas forces bring forth ballot initiatives,” Tracee Bentley, director of the Colorado Petroleum Council, told the newspaper. “Oil and gas is ready to stand up for Colorado consumers and for Colorado’s place in the American energy renaissance.”

“This is going to give everybody more reason to go out and get these initiatives passed—so that we can restore our right to protect our air, land and water, our families and our health, from industrial activity,” Lauren Petrie, director of Rocky Mountain Food and Water Watch, told the Denver Post.

ABA Journal (2014): “Towns across the country are blocking energy companies from fracking”