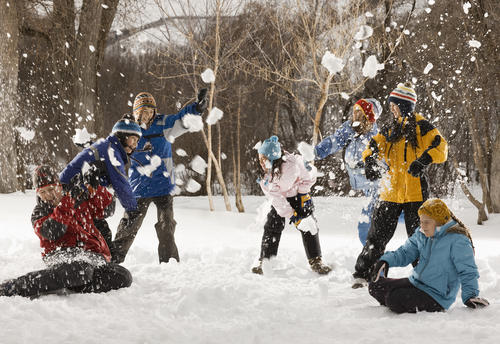 Trustees in the Colorado town of Severance quickly warmed up to a 9-year-old boy who took aim at its snowball ban on Monday.

Town trustees agreed to repeal the century-old ban after Dane Best made out his case, report NPR, Colorado Public Radio, the Coloradan and the Greeley Tribune in stories here and here.

“Today’s kids need reasons to play outside,” Best told town trustees. “Research suggests that a lack of exposure to the outdoors can lead to obesity, ADHD, anxiety and depression.”

Best told the Coloradan that he and his mom “researched a little bit.”

“My mom typed all the stuff and I told her what to write, and she helped me fix mistakes,” Best said. His class at Range View Elementary School also wrote letters that supported repeal.

The snowball ban was part of a law that bans throwing or shooting stones or missiles at people, animals, trees and property. Snowballs were defined as a missile.

With the repeal, the number of towns in Colorado banning snowballs has dropped from four to three.

Severance Mayor Donald McLeod said that, for years, he has been telling children on field trips about odd laws and telling them to get involved if they want to change things.

Best found out in his research that throwing snowballs isn’t the only way he has violated a town ordinance. Another ordinance defines pets as only cats and dogs and allows three of them per household; Best has a guinea pig, he told the Greeley Tribune.