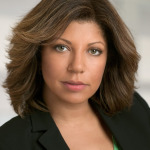 A comedian has won a lawsuit filed against her claiming jokes about her mother-in-law and other members of her husband’s family were defamatory.

A federal judge in New Jersey ruled Friday that the jokes by stand-up comedian Sunda Croonquist were statements of opinion protected by the First Amendment, the Associated Press reports.

Many of Croonquist’s jokes rely on material about her life as a half-black, half-Swedish woman who married into a Jewish family, according to the opinion (PDF). The plaintiffs had contended Croonquist unfairly labeled them as racist.

The opinion by U.S. District Judge Mary Cooper said the jokes were about the way family members treated Croonquist and her subjective belief that the behavior was motivated by her ethnic background.

“The defendant’s characterization of her in-laws as racists is a subjective assertion, not sufficiently susceptible to being proved true or false to constitute defamation,” Cooper wrote.

The suit was filed by Croonquist’s mother-in-law, sister-in-law and brother-in-law, and claimed defamation, infliction of emotional distress, false light and unjust enrichment. The plaintiffs targeted video clips on Croonquist’s website and comments on her blog.