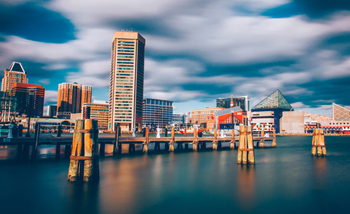 Maryland’s Commission on Judicial Disabilities has recommended that Baltimore Chief Judge Alfred Nance be removed from the bench, partly for “gratuitous, insensitive, inflammatory and relentless” comments and body language.

The commission made its recommendation (PDF) after reviewing hours of courtroom video, the Baltimore Sun reports. Nance’s lawyer had argued that Nance was an “old school” judge who was firm but fair, and removing him would set a bad precedent.

The commission’s decision cited a series of comments to defense counsel during a trial in May and June 2015, as well as statements to a defendant and a witness. The commission’s recommendations don’t name the defense lawyer, but the Baltimore Sun says the allegations are based on Nance’s interactions with assistant public defender Deborah Levi.

The judge’s comments during the trial “were undignified, condescending and unprofessional,” the commission said, adding that the “tone of voice and body language exhibited by [Nance] during the duration of the trial included raising his voice, yelling, glaring, frowning, sneering, banging on the bench loudly and repeatedly, pointing, and interrupting the attorneys (primarily defense counsel) and witnesses numerous times. The comments and behavior were gratuitous, insensitive, inflammatory and relentless, permeating the entire trial.”

The commission said that in one bench conference with the defense lawyer, Nance used a tone of voice that was sarcastic and dismissive and had facial expressions that included glaring and frowning. Another time, when jurors were out of the room, he cleared his throat after defense counsel cleared hers, “while looking pointedly in her direction, mocking her,” the commission said. At another bench conference, the defense lawyer sighed audibly, and Nance responded by also sighing heavily, according to the commission.

The commission cited several remarks Nance made to the defense lawyer during bench conferences or while jurors were excused, including:

• “Who is your supervisor? Call them and discuss it before you say another word about it.”

• “You are still talking. I want you to be quiet. You are talking ad infinitum. Your sentence never ends.”

The commission also criticized several of the judge’s comments made in open court, including:

• “If you can’t control yourself in asking questions then you are finished.”

• “If counsel wants to testify, we will be glad to let you take the stand.”

• “I have no idea what she’s doing” (during a witness cross-examination).

In another exchange with the defense lawyer, before jurors, Nance said her misconduct had caused a mistrial, according to the commission. “You are here to represent your ego,” he said. “Have a seat and don’t say another word,” and “Watch the smirk on her face.”