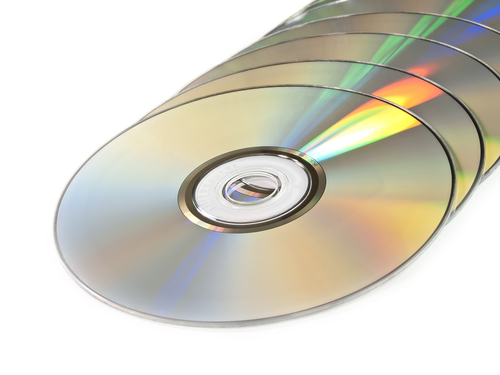 Updated and corrected: Eric Lundgren, an electronics recycling advocate and computer refurbisher from California, faces more than a year in prison for creating tens of thousands of discs meant to prolong the life of a computer.

What landed Lundgren in legal trouble was the creation and planned sale of 28,000 Dell restore discs, which are used to reboot the Windows operating system on computers that already had an authenticated Windows system and license but had a hard drive wiped clean or a hardware failure. For those without an existing license, Microsoft sells a new operating system with a license and certificate of authenticity for Windows to refurbishers for about $25. With the restore disc, a new license is not needed. Lundgren believed that providing restore discs, which come with a new computer and contains software that is available for free download by computer manufacturers, would allow people to extend the lives of their machines.

Senior U.S. District Judge Daniel T.K. Hurley did not see things Lundgren’s way. He ruled that the discs were worth $700,000, and sentenced Lundgren to 15 months in prison—far less than the 36 to 47 months called for by federal sentencing guidelines—and a $50,000 fine. Lundgren, though, remains free because of an emergency stay by the Atlanta-based 11th U.S. Circuit Court of Appeals, where his case is pending.

After pleading guilty to counts of criminal copyright infringement and trafficking counterfeit goods, Lundgren thought he would avoid incarceration because the Dell restore discs had no market value.

“It doesn’t take from anybody,” says Lundgren, CEO of Tech Direct Inc. “It allows the user to fix a thing they already own.”

The idea had come to him while working in China. Lundgren’s family was having issues with older laptops, which they took to a Best Buy to get fixed. Once there, according to Lundgren, they were upsold a series of repairs at prices that instigated purchases of new computers. The old computers became hazardous electronic waste.

“If I was successful in getting this repair tool in the hands of who needed it,” he says, “maybe I could combat the e-waste epidemic in the United States,” which impacts the environment and public health the world over.

Prosecutors and Microsoft, however, did not see a recycling program—they saw copyright infringement.

The Department of Justice brought a 21-count indictment against Lundgren and business partner Robert Wolff of Florida. Dell never brought charges, but Microsoft sought $420,000 in restitution and was awarded nothing by a federal judge.

Neither Dell nor Microsoft brought civil cases against Lundgren.

A spokesperson for Microsoft shared public court documents related to the case but declined to comment for this story.

In a phone interview, Kyle Wiens—co-founder of iFixit, a wiki-style website that allows people to create repair manuals for almost any product, and a friend of Lundgren’s—says “using copyright as a weapon to keep people from fixing things is definitely a trend.”

He sees Lundgren’s case, and many other legal issues regarding the right to repair one’s technology, as a conflict between personal property law, which he says is flexible, and copyright law, which is not.

“Those worlds are colliding in a big way right now,” he says.

For Lundgren, part of his argument on appeal rests on the prosecutor and trial judge not understanding technology correctly and conflating a new Windows license with the restore disc.

“Throughout this entire case, I kept telling everyone this is a Dell restore CD,” Lundgren says. “They kept telling me it’s a Microsoft operating system.”

When asked about technology literacy among judges and lawyers, David Colarusso, director of the Legal Innovation and Technology Lab at Suffolk University Law School, says in an email that judges, prosecutors, and society as a whole are struggling with two issues.

First, it is hard to know how technology works, and second, it is not certain if a technical understanding of how something works is sufficient if the law is unclear, Colarusso says.

This is because, Colarusso surmises, technology is creating fact patterns that that do not fit existing laws. However, using forensic science as an example, he says: “When the operation of a technology is poorly understood by judges and prosecutors, I can’t imagine it working out well.”

He says courts would benefit from independent research services that could fill in knowledge gaps as cases engage with new technology. Similarly, Colarusso says he would like to hear of prosecutors calling local universities to build a better understanding of science and technology.

“Not only is this important for understanding the facts of a case but for making sure we understand the methods used to establish such ‘facts,’” he says.

As for Lundgren, he remains optimistic. Having spent $850,000 on his legal defense already, he believes it may be worth it.

A date for oral arguments in Lundgren’s case has not been set.

Updated March 6 with comments from Lundgren and corrections throughout.