Computer software based on an abstract idea isn't eligible for a patent, SCOTUS rules 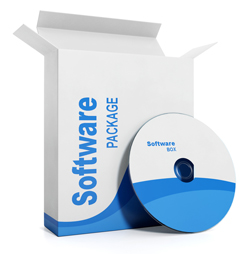 Computer software that is based on an abstract idea isn’t eligible for a patent, the U.S. Supreme Court has ruled.

The unanimous opinion (PDF) by Justice Clarence Thomas was a defeat for the Alice Corp., which sought to enforce patents on a computer program that helps foreign-exchange buyers and sellers settle their trades. Justice Sonia Sotomayor concurred in an opinion joined by Justices Ruth Bader Ginsburg and Stephen G. Breyer.

Some highlighted the case for its potential to clamp down on patent trolls while others warned of its implications for all software patents.

Tom Goldstein of SCOTUSblog says the decision “is more of a stepping stone than pathbreaking” because it leaves unanswered this question: Can a patent be obtained for using a computer to implement an idea that is not abstract?

At issue in the case was the validity of a computer-implemented scheme to reduce the risk that only one party to a financial transaction will pay what it owes. CLS Bank International sought a declaratory judgment that the Alice Corporation’s patent claims were invalid, and the Alice Corporation countersued for infringement.

Gibson Dunn partner Mark Perry was lead counsel for CLS Bank. “The Supreme Court correctly rejected the attempt of Alice Corp., a non-practicing entity or ‘troll,’ to foreclose productive companies like banks from practicing the ancient economic method of intermediated settlement,” he said in a statement. “As the court explained, patent law does not allow someone to monopolize a fundamental abstract idea, and implementing the idea on any generic computer does not change this result. We are delighted with the result.”