Concerned about lifestyle and balance? You probably won't amount to much in the law, recruiter says 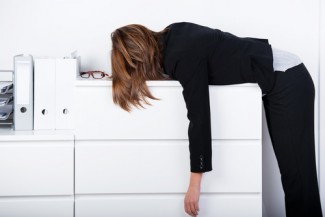 Updated: Legal recruiter Harrison Barnes has a message for lawyers who want to avoid living in a van down by the river.

If you want to be a legal professional with the responsibility of handling people’s problems, “You sure as hell better be committed to what you are doing,” writes Barnes, managing director of the Los Angeles office for BCG Attorney Search. And that means being willing to work late and on weekends.

“Most attorneys that tell you they are concerned with their ‘lifestyle’ and ‘balance’ never really amount to much in the law, and that is OK, because not everyone is cut out for practicing law in a high-pressure environment,” Barnes says. Above the Law notes his essay, calling it “an odd marketing choice for a guy who runs a business based on lawyers who want out of their BigLaw jobs.”

Barnes says competitive law firms will discard lawyers “like a virus” if they show a lack of commitment and will be unwilling to rehire those who take time off to write a book or start a business.

“I often hear this line from attorneys that leave a big law firm: ‘I looked at the lives the partners were leading and did not want to be like them. That is why I left,’ ” Barnes writes.

“GREAT DECISION! Now you are living in a small apartment, do not make enough money to support a family and do not have a job. Meanwhile … that partner you did not want to be like is doing important work, has a job and is providing for her family and at least working and contributing to society. You stuck by that decision and how brilliant and smart it was!”

Above the Law says Barnes is making a good point when he says that lawyers who agitate for more balance are usually marked for expulsion from BigLaw. But the blog says he is obscuring the economics of BigLaw, which maximizes profit by “forcing bleary-eyed Johnny to review the agreement after 25 hours on the clock when distributing the work to a team would actually serve the client better.”

In an interview, Barnes told the ABA Journal his article is about the way large law firms operate. “I’m just an observer,” he said. “I’ve been doing this for 17 years, and I’ve watched people fall on their face in their legal career. … I don’t think that makes me an evil person for saying that’s what law firms want.”

Asked if his warning about living in a small apartment failed to take into account possible middle-ground legal careers, Barnes replied: “It’s obvious you are biased against my article, which is fine. I see people that have gone to top law schools all the time, that have gotten jobs at top law firms, and then for whatever reason rebel against the whole idea that you have to put in hours and get ahead, and then wind up with not much happening with their lives. I’m not saying that’s a bad thing, but they kind of drop out of society.”

Barnes said he formerly worked at a large law firm, but he didn’t leave because it was too demanding. He currently works seven days a week, putting in 80 hours each week. He left BigLaw because he was interested in a more entrepreneurial career. “I do well,” he said. Better than in BigLaw? “Absolutely,” he answered.

Updated at 10:10 a.m. to include interview with Barnes.