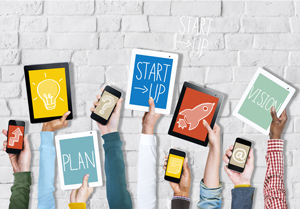 During last weekend’s annual meeting of the Canadian Bar Association, the organization held its own version of TV’s Shark Tank.

Called “The Pitch” (presumably to avoid copyright infringement, as well as the unfortunate implications of linking sharks and lawyers), the CBA invited five legal startups to pitch themselves to a panel of judges, as well as investors watching the proceedings live. Culled from an initial list of 31 startups, the five finalists were all legal service providers that utilized technology in an effort to help make an attorney’s job more efficient. First prize in the event was a two-week residency with LegalX at the MaRS Discovery District, an industry cluster located in Toronto that connects lawyers with coders, designers, engineers and technologists. Additionally, all five finalists are also guaranteed an interview with the China Angels Mentor Program that, if selected, could result in an equity investment of at least $200,000.

“We’re trying to help equip you, our members, with the kind of tools you need in your practice,” said Fred Headon, Chair of the CBA Legal Futures Initiative, in his closing remarks, according to the CBA’s National Magazine. “That’s the thinking behind today. Stick around when we’re done, chat with these folks, ask them about what about their proposal will work for you.”

According to National Magazine, the winner of the competition was Beagle, a company that utilizes artificial intelligence to review contracts. In an interview with ABA Journal, Beagle founder Cian O’Sullivan says that his fully automated software pulls out and highlights important information and groups them into different categories, such as a party’s responsibilities, grounds for termination, and liabilities. Noting that contracts are often hard to read and have clauses scattered throughout the body of the agreement which can be easily overlooked by inexperienced contract readers, O’Sullivan emphasizes that his company does not provide legal advice, nor does it obviate the need for a lawyer.

“I wouldn’t even call it disruptive,” O’Sullivan says, noting that Beagle can analyze a contract at a rate of less than one-second-per-page. “Beagle uses thoughtful technology to give individuals a quick look at a contract. It transforms the way that lawyers can deal with clients and it allows clients to understand contracts more clearly and ask more pointed questions to their professional advisers.”

O’Sullivan says that he is currently working with one of the largest legal tech companies in the world to create a pilot program, and recently agreed to terms with one of largest firms in Australia. He also says that he is working with one of largest automotive companies in the world to integrate Beagle into the company’s decision making process. “We’re here to help give guidance to people and allow them to consume agreements in a way that’s far more applicable to the 21st century,” O’Sullivan says.

Another big winner was Loom Analytics, which took home the “People’s Choice” award. Loom aids litigators and legal researchers by looking through prior court decisions and providing a statistical breakdown of a judge’s prior rulings. Mona Datt, who founded Loom with her husband, told the ABA Journal that she was honored by winning the audience vote and that it was confirmation that Loom was a good product that lawyers would be willing to buy.

“We’re not predicting outcomes,” says Datt, who claims that Loom can research in 30 seconds what it would take a lawyer five to six hours to complete. “Instead, we’re taking prior decisions and giving you the stats, so it’s more like history.” Datt says that Loom, which came out of beta testing in June, currently covers caselaw in Alberta, British Columbia and Ontario and that, by this time next year, she hopes for complete coverage across the entirety of the country.

According to the National Magazine, the judges panel consisted of Loik Amis, chief executive officer of LexisNexis; Monica Bay, a fellow at Codex, The Stanford Center for Legal Informatics and the former editor-in-chief of Law Technology News; Chris Bentley, Executive Director of the Legal Innovation Zone and Law Practice Program at Ryerson University; Jane Maguire, Executive Search at Shopify; and Alan Yang, Vice-President of China Canada Angels Alliance. The event was co-hosted by Aaron Solomon and Jason Moyse, the co-founders of LegalX.

Rounding out the field of finalists were Blue J Legal, Knomos and Rangefindr. Blue J asks a user to answer a series of questions and compares his or her case to similar prior ones to determine the likelihood of success. Knomos, meanwhile, utilizes data visualization to help lawyers do research better, and also tracks the efforts of others at the firm or company to ensure that there’s no duplication of effort. Finally, Rangefindr allows users to more efficiently find relevant caselaw and judicial precedent in order to better determine what kind of sentence a criminal defendant is looking at.