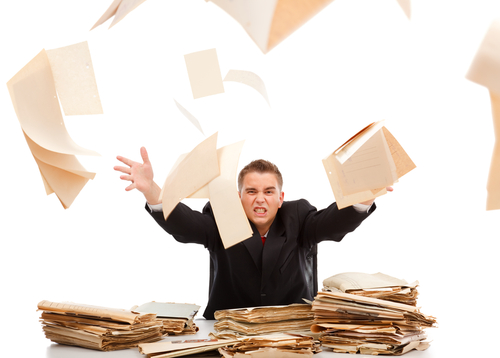 A New Jersey judge accused of throwing a file at a law clerk will no longer be on paid administrative leave beginning on Tuesday.

The state’s chief justice ordered Judge John Russo Jr. to report to work on Tuesday, at a new location in in Burlington County hearing civil cases, report the Asbury Park Press and the New Jersey Law Journal. Russo was working in Ocean County when he was removed from judicial duties in April 2017 and placed on paid administrative leave the next month.

Ocean County’s assignment judge, Marlene Lynch Ford, had barred Russo from the courthouse after he was accused of throwing the file and he refused to submit to a mental health evaluation.

In a certification by Ford in a suit that Russo filed against her, Ford said the request for an evaluation was spurred by concerns over “threatening or bizarre statements” by the judge, “explosive fits of rage,” and “emotional immaturity” that included hanging a picture of a “poop emoji” in his chambers.

Russo was also in the news for asking a woman seeking a restraining order in May 2016 whether she could have avoided forced sex by closing her legs. Russo told a judicial conduct committee in October that he made the remark to get the woman to offer more details supporting the allegation of rape in her application for a restraining order.

The disciplinary case and Russo’s lawsuit are still pending, according to the New Jersey Law Journal.

Lawyers for Russo told the publications that he is thrilled to be back at work.