Convicted killer featured in movie 'Bernie' freed; he must live over director's garage 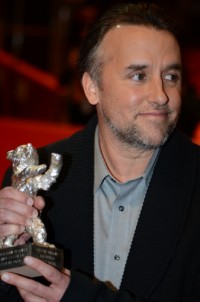 Bernie Tiede, the subject of the 2011 movie Bernie” was convicted of murdering his friend and confidante, Marjorie Nugent. Tiede hid Nugent’s body in her own freezer for nine months while he went out and spent around $2 million of her considerable fortune, often on gifts for friends and the community.

The case was “bizarre,” as the Los Angeles Times put it, in part because public opinion was firmly on Tiede’s side. In a 2012 New York Times magazine article written by Nugent’s nephew, he notes that Nugent was not on speaking terms with most of her family when she died at the age of 81, and was difficult and unpleasant to people in her hometown of Carthage, Texas. By contrast, Tiede was a well-liked part of the community: a local funeral director, church choir singer and frequent volunteer. The prosecutors received a change of venue during his trial, successfully arguing that they wouldn’t get a fair trial with Carthage jurors.

Tiede befriended Nugent after handling her husband’s funeral and eventually became close to her, even handling some of her affairs. However, Tiede said she became controlling and abusive. In the movie, the murder is shown as a panicked snap decision by Tiede, who said in the New York TImes article that he shot Nugent after beginning to feel “like I was in prison.”

But after seeing the movie, attorney Jodi Cole approached director Richard Linklater and said she’d like to work on Tiede’s case. Cole discovered that Tiede had a collection of books written for survivors of sexual abuse; Tiede eventually admitted that he’d been abused as a child. This allowed Cole to bring in a psychiatrist for the defense, who testified that Tiede’s abuse probably influenced the murder and his willingness to endure bad relationships.

This changed the feelings of Panola County District Attorney Danny Buck Davidson, who told a judge Tuesday that he supported reducing the sentence to time served. State District Judge Diane DeVasto agreed, but set conditions—including a requirement that Tiede live in the apartment over Linklater’s Austin garage. Tiede will also work as a law clerk for Cole. He was to be released on $10,000 bond pending appellate approval.