Cops aren't entitled to kill dogs during search just because they are unlicensed, 6th Circuit says 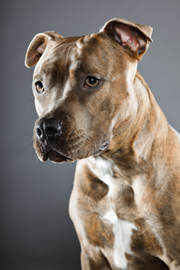 Police officers who fatally shot a couple’s dogs during a home search weren’t entitled to kill the animals just because they were unlicensed, a federal appeals court ruled Monday.

In a 2-1 decision, the 6th U.S. Circuit Court of Appeals at Cincinnati ruled that the couple who owned the dogs could proceed with their Fourth Amendment suit against two of six officers.

The two officers had shot two of the couple’s dogs during their search of the home for marijuana. The case of an officer who shot the couple’s third dog was not before the court.

Owners of unlicensed dogs are entitled to process before their dogs are seized, and that means they retain a property interest in the dogs, the majority said.

The Detroit couple, Kevin Thomas and Nikita Smith, had claimed that killing the dogs was an illegal seizure under the Fourth Amendment and they were entitled to damages.

Thomas and Smith were squatters in the residence raided by police officers in January 2016. The officers had obtained a warrant to search the home after neighbors called a narcotics hotline and an undercover drug purchase was made at the home.

The couple’s dogs were Debo, a 9-year-old pit bull; Smoke, a 7-year-old rottweiler; and Mama, a 17-month-old pregnant pit bull.

Smith said that Debo was sitting or standing beside her when an officer first shot at him; officers had said the pit bull was charging at them. After initially firing at Debo, an officer allowed Smith to take the dog away, but the dog got loose and charged, and an officer fired seven more shots and killed Debo. Two officers said they shot Smoke through the bathroom door after cracking open the door and seeing the dog in an attack posture; Smith said the dog was not showing aggression. Another officer said he checked on Smoke later and fatally shot him to put him out of his misery. An officer said he shot Mama when she charged up the stairs.

A federal judge had dismissed the suit in August 2017, ruling that the couple had no legitimate possessory interest in unlicensed dogs, so there could be no Fourth Amendment violation. If the couple did have a legitimate possessory interest in the dogs, the judge said, the suit could proceed against the officer who initially shot at Debo and another officer who, along with the first officer, shot Smoke through the bathroom door. The state had conceded there were still issues of fact to be decided in the officers’ shooting of the two dogs.

One of the two officers had testified he had previously shot 39 dogs. As of July 2016, he had shot at least 69 animals, the lower court opinion said.

Overruling the lower court, the 6th Circuit said the couple did have a possessory interest in the dogs. Even if they did not have such an interest, they were still entitled to sue because the officers’ conduct was unreasonable, the court said.

The officers could not look at the dogs and tell whether they were unlicensed, and they could have been puppies that weren’t yet subject to licensing requirements, the appeals court said.

Circuit Judge Alice Batchelder dissented. She said the officers were protected by qualified immunity because existing law at the time was unclear.

“The majority’s constitutional analysis misinterprets the Supreme Court’s Fourth Amendment cases and threatens to extend sweeping monetary liability to officers who seize contraband during searches and to the municipalities that employ them,” she wrote.

Batchelder added that she is a longtime dog owner, but her review of precedent prevents her from joining the majority’s opinion.