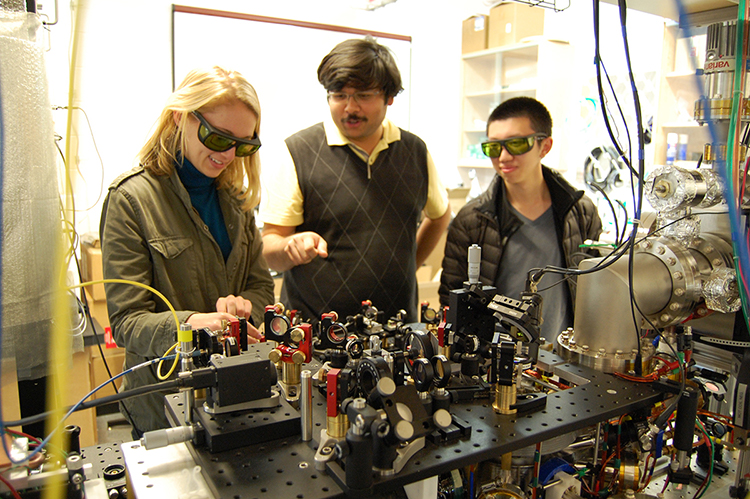 A group of Cornell law professors have protested the university’s decision to withhold a physics PhD candidate’s degree after a Title IX investigation involving retaliation was opened against him.

The 19 law professors have co-signed a letter asking the university to award Yogesh Patil his PhD and to dismiss the Title IX complaint against him, according to a Wednesday story from the Cornell Daily Sun.

Patil has been accused of retaliating against a woman, identified only by the initials “LA,” by setting up a website, [email protected] Physics. The Daily Sun says the website purports to defend Patil’s adviser, Mukund Vengalattore, who was denied tenure after LA accused him of sexual misconduct. Vengalattore filed a lawsuit in New York state court against Cornell over his denial of tenure.

The law professors’ letter claims that the university has no proof that the website belongs to Patil, and that it reflects only public-record information from Vengalattore’s lawsuit.

The letter supporting Patil was written by Kevin Clermont and co-signed by academics including Charles K. Whitehead, Sheri Lynn Johnson and John J. Barcclo III. It asks that the Title IX investigation involving Patil be closed, and that the university award his degree.

“All the website did was publicly discuss a case of immense academic importance. Yogesh’s involvement comprised only ‘good faith actions’ to question Cornell’s treatment of his professor and to pursue his own professional self-interest so impacted by Cornell’s actions against his lab,” the letter reads. It also suggests that the accuser’s accusation against Patil could be considered retaliation, because he was a witness in her complaint involving Vengalattore.

“If Yogesh is guilty of retaliation, then so is anyone who discusses Title IX proceedings at Cornell even without identifying details,” the letter states.

In another matter, 23 Cornell law professors in March submitted a motion to file an amicus brief on behalf of a student who sued the university in New York state court.

The student had been suspended for two years after a Title IX sexual assault investigation was opened against him. The lawsuit argues that the accused was denied his right to question the accuser. A trial court order dismissed the suit in December 2017. The plaintiff appealed to the state appellate court.