Could Canada be a refuge for DACA recipients if no immigration deal is reached? 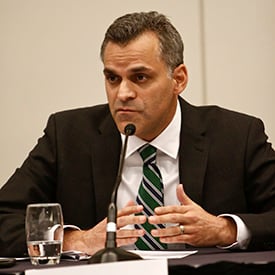 When President Donald Trump canceled the Deferred Action for Childhood Arrivals program in September, the fate of about 700,000 young adults was thrown into doubt. With DACA recipients set to begin losing their status in March, and no legislation yet agreed upon, could they find a safe harbor in Canada?

“Some wise people have told me that there will not be a deal, that actually all these people will be really in a bad situation,” said Andres Pelenur, a founding partner of the Toronto-based Borders Law Firm and a specialist in citizenship and immigration law.

Under current Canadian immigration rules, it wouldn’t be impossible for DACA recipients to find legal status in Canada—but it would be difficult, Pelenur told attendees of “Lessons Across Borders: What the U.S. and Canada Can Teach One Another About Establishing a Successful Immigration Policy.” The CLE program at the 2018 ABA Midyear Meeting in Vancouver, British Columbia, was co-sponsored by the Commission on Immigration and the Commission on Hispanic Legal Rights & Responsibilities.

Panel member Gordon Maynard of Maynard Kischer Stojicevic in Vancouver explained to the assembled audience of U.S. and Canadian lawyers that, broadly speaking, there are four paths for being accepted into Canada as an immigrant: economic, in which the selection is skill-based; family reunification; asylum; and humanitarian and compassionate grounds. 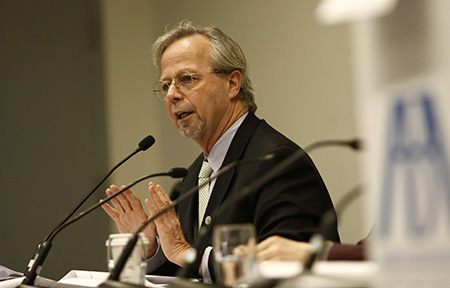 Some 58 percent of immigrants were accepted through the economic route last year. But if you’re a DACA recipient, your chances of getting a temporary resident visa for study or work purposes “are virtually zero,” Pelenur said. “To have standing to apply for a temporary resident visa, you have to have a legal status in the country that you’re applying from.”

Even if the standing issue were overlooked, the federal department called Immigration, Refugees and Citizenship Canada would look with suspicion on any claims that a DACA holder would stay in Canada only temporarily. “Obviously, if you’re a DACA person you’re going to come here, you don’t want to go back home—that’s the whole basis of your ordeal,” Pelenur said. “IRCC is not going to be willing to give you a study permit or a work permit. So that option is not really open.”

The next option would be to apply in the skilled worker class. The point system Canada uses is heavily biased toward people who already have Canadian work experience or who’ve studied in Canada. “But it is possible to qualify with that point system even though you’ve never put a foot here,” Pelenur added. “And I have real-life clients in exactly that situation.” 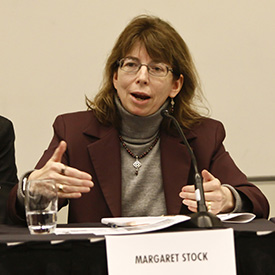 To do that, applicants would likely have to score very high on a language exam, be between the ages of 20 and 29, and have a bachelor’s degree with at least three years’ work experience or a master’s degree with two years’ work experience. But as CNN reports, 20 percent of DACA holders are still in middle school or high school, 18 percent are in college, and only 4 percent of DACA holders have completed their bachelor’s degrees.

Then there is the refugee path, if DACA holders were able to enter Canada through unguarded areas of the border and file a claim.

Acceptance via humanitarian and compassionate grounds is also a possibility, Pelenur said. “But it’s not a clear fix for the hundreds of thousands of DACA people,” he added.

“In my opinion, one of their best hopes is a special measure from the government,” Pelenur said, adding that a member of Parliament has “already gone on camera to say ‘We actually like the DACA demographic, and we should enact through the will of Parliament a special category specifically for DACA,’ That actually is potentially the best hope for the DACA people.”

And it wouldn’t be unprecedented; during the Vietnam War era, a similar approach was taken with young American men crossing into Canada to avoid the draft. “It was a government decision to exercise discretion to allow draft resisters to remain in Canada and become permanent residents,” Maynard says. “So we could adopt that policy by governmental fiat.”

Panelist Margaret Stock of Cascadia Cross Border Law Group in Anchorage, Alaska, applauded the Canadians “for thinking about how to swipe our U.S.-educated workforce and put them to work for Canada. It makes perfect sense.” 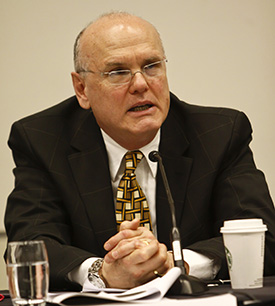 Stock, a retired lieutenant colonel in the Military Police, U.S. Army Reserve, won a genius grant fellowship in 2013 from the John D. & Catherine T. MacArthur Foundation for her work as an immigration attorney in shaping policies at the Pentagon and the Department of Homeland Security. She said she’s baffled that DACA holders have been placed in this position.

“The fact that the government wants to deport all these people who’ve been educated by the American taxpayer and are just getting ready to contribute to America makes no sense,” Stock said. “We have a huge worker shortage in the United States right now in this demographic, and we want to get rid of them at great expense to our government? The military would welcome this crowd if they would just give them green cards; the Army is having a dire shortage of qualified recruits right now.”

David Ware—founding partner of Metairie, Louisiana-based Ware Immigration, who also practices out of the firm’s Seattle office—agreed with Stock.

“Canada is eating our breakfast as far as stealing our talent goes, especially as far as IT talent,” Ware said. “And you’re going to see, going forward, IT moving largely to Canada because of their welcoming system rather than ours.”

Updated Feb. 15 to correctly state the title of the program.