Couple can't sue cops for killing their dogs because the pets were unlicensed, federal judge rules 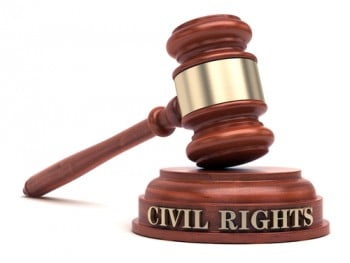 A Michigan federal judge has tossed a civil rights lawsuit filed by a couple who claimed Detroit police officers operating as a “dog death squad” shot and killed their three dogs during a marijuana raid.

U.S. District Judge George Caram Steeh of Detroit dismissed the suit filed by Kevin Thomas and Nikita Smith against Detroit police officers, saying they couldn’t recover because their dogs did not have a city license, Reason reports. The Aug. 2 opinion is here.

Steeh reasoned that, because the dogs were unlicensed, Thomas and Smith had no legitimate possessory interest in the dogs, and there could be no violation of the Fourth Amendment.

“When a person owns a dog that is unlicensed, in the eyes of the law it is no different than owning any other type of illegal property or contraband,” Steeh wrote.

As precedent, Steeh cited a decision by the Chicago-based 7th U.S. Circuit Court of Appeals that held a plaintiff didn’t have a legitimate possessory interest in an unregistered submachine gun seized by police without a warrant.

Steeh acknowledged that “this conclusion may not sit well with dog owners and animal lovers” who consider their pets to be family members rather than property.

Thomas and Smith were squatters in the residence raided by police officers in January 2016. Their dogs were Debo, a 9-year-old pit bull; Smoke, a 7-year-old Rottweiler; and Mama, a 17-month-old pregnant pit bull. Debo and Mama were shot after charging at officers, while Smoke was shot in the bathroom.

Steeh went on to address other issues that could be important if he is later reversed on the licensing issue. Steeh said the officers were justified in shooting Debo and Mama. They may have also been justified in shooting Smoke, Steeh said, but he wouldn’t address the issue because a lawyer for the defendants had conceded at oral arguments that it was an undecided issue of material fact.

The officer who shot Debo and Smoke testified that had he previously shot 39 dogs. Reason reports that his current total is 73 kills.

The case is one of several filed against the Detroit Police Department for dog shootings over the past two years, according to Reason.