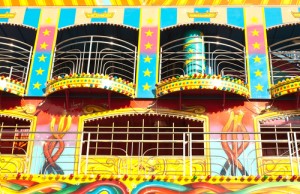 A California appeals court is criticizing “nonsensical” legal theories and litigation tactics that were “inconsiderate at best” in a case brought and then dropped by a client of Morrison & Foerster.

The California Court of Appeal, Sixth Appellate District, ordered the client, Cypress Semiconductor Corp., to pay about $180,000 in attorney fees as the losing party in the trade secrets case, the Recorder (sub. req.) reports. The appeals court upheld findings that Cypress’ lawsuit claims were made in bad faith.

The suit had claimed Maxim Integrated Products was misappropriating trade secrets by trying to hire Cypress’ specialists in touchscreen technology. The suit alleged Maxim improperly obtained information about Cypress employees to recruit touchscreen specialists, though the information was available through LinkedIn and other public sources, the appeals court said in its opinion (PDF).

According to the appeals court, the Cypress complaint was “meritless on its face, based upon theories of liability that were not merely specious, but nonsensical. The apparent purpose of the lawsuit was to cow Maxim, and perhaps other competitors, into refraining from conduct in which … they had every right to engage.”

In its arguments contending that Maxim was not the prevailing party, Cypress “constructs a kind of carnival fun house in which the facts of the case are distorted into grotesque and nearly unrecognizable shapes,” the appeals court said.

The exception was an unredacted declaration of an employee that Cypress included in a publicly available appendix on appeal.

The appeals court noted Cypress’ assertion that “Maxim has used a headhunter to repeatedly target Cypress’ touchscreen employees, apparently using improperly obtained confidential information regarding Cypress touchscreen employees to do so.” The appeals court said the word “apparently” had “no place in a pleading, as it is pregnant with the admission that it may not have happened at all.”

A finding that the headhunter statement was true would not sustain a judgment in the plaintiff’s favor, the appeals court said. “It may be entirely true that a magician ‘apparently’ sawed a lady in half, but proof of that fact will not sustain a claim for battery.”

Cypress also failed to back up its “naked assertion” that Maxim was recruiting its employees with the objective to steal Cypress’ trade secrets from them, the appeals court said. “It bears emphasis,” the appeals court said, “that despite the repeated references to ‘unfair’—not illegal—hiring practices, Cypress at no time pointed to any information whatever tending to show that Maxim was doing anything more than seek the most qualified candidates for openings in its own enterprise.”

The complaint was “a model of evasive, equivocal, and circumlocutory pleading,” the appeals court concluded. After Maxim sought to toss the case, Cypress responded on the last day it could oppose the motion with a new complaint that amended the original “only inconsequently,” the appeals court said. The court also criticized Cypress for a “belated and evasive response” for specification on the trade secrets at issue. The court also said that Maxim’s counsel learned of Cypress’ decision to drop the case through a press release.

Cypress’ tactics, the appeals court said, “entitled the trial court to conclude the litigation was conducted in a manner calculated to magnify Maxim‟s legal expenses” with tactics that were “discourteous and inconsiderate at best, and vexatious and oppressive at worst.”

A Morrison & Foerster spokesperson did not immediately respond to a request for comment.

Updated on May 1 to correct a reference to Maxim.