Court employee's brownies may have contained pot; two in DA's office become ill after eating them 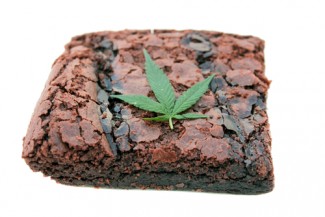 The Alabama Bureau of Investigation is testing brownies for marijuana after they sickened two employees from the Baldwin County District Attorney’s office.

A temporary court employee brought the brownies to work on Tuesday, and they were passed around the District Attorney’s office shortly before a jury trial, Al.com reports. WKRG and WALA also have stories.

District Attorney Hallie Dixon told WKRG that one employee, a pregnant woman, took a bite of the brownie and spit it out. Another employee with a heart problem was one of the two people who became ill.

Dixon told WALA that the substance in the brownies hadn’t been confirmed but “the symptoms are consistent yes, with the edible marijuana issues.” She said some have made light of the incident, but she doesn’t think it’s funny.