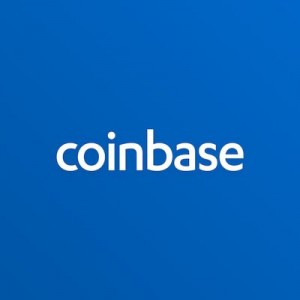 A federal judge has ordered cryptocurrency exchange Coinbase to hand over user data to the Internal Revenue Service.

Twelve months into this court battle, Coinbase and the IRS have been arguing over the scope of a 2016 “John Doe” summons requesting information on all Coinbase user “transactions conducted in convertible virtual currency” from Dec. 31, 2013 through Dec. 31, 2015.

On Wednesday, U.S. Magistrate Judge Jacqueline Scott Corley of the Northern District of California ruled against Coinbase’s move to block the summons. “The summons as narrowed by the court serves the IRS’s legitimate purpose of investigating Coinbase account holders who may not have paid federal taxes on their virtual currency profits,” Crowley wrote.

However, she also narrowed the scope of the type of information the IRS can request, holding that Coinbase must turn over taxpayer ID numbers, names, dates of birth, and addresses while excluding account opening records, copies of passports or driver’s licenses, all wallet addresses, and all public keys for all accounts/wallets/vaults. Crowley wrote that the excluded items were “not relevant at this stage.”

On its blog, Coinbase called the ruling a “partial victory.”

“In narrowing the scope of the summons, we are pleased that the court acknowledged the privacy rights at stake in this matter,” wrote David Farmer, director of communications.

This is not the first time the scope of the summons has been scaled back. The 2016 filing could have affected up to 500,000 Coinbase users. However, after discussions between the two parties and a letter from congressional Republicans to the IRS concerning the breadth of the initial request led to a narrower version that only included users who had bought, sold or traded over $20,000 worth of cryptocurrency on the site, roughly 14,000 customers according to Coinbase. The IRS says in its filings that its conversations with Coinbase were the “sole basis for its decision to narrow the summons request.”

In a 2013 guidance, the IRS deemed digital currencies an “intangible asset” that would be taxed as property. However, the nature of a decentralized virtual currency makes levying taxes more difficult, explains Omri Marian, a tax law professor at UC Irvine.

“There is no centralized authority that has the potential to impose taxes,” he says.

Only the tech-savvy have the capacity to hold cryptocurrencies on their computer, taking advantage of the digital asset’s pseudonymity. Most cryptocurrency holders use third-party intermediaries called “wallets” or exchanges to hold, transfer and buy their cryptocurrencies.

These intermediaries are “a honeypot for regulator and enforcement agencies,” says Marian, which make “traditional enforcement models viable.”

As for the immediate legal issues raised by Wednesday’s ruling, Coinbase is still reviewing the order and has not yet formally responded to the court.