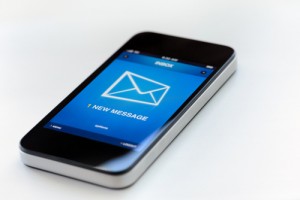 A court security officer in Augusta, Maine, has been placed on paid leave pending an internal investigation into allegations that he took a cellphone photo of a defense lawyer’s notes and then emailed it to the prosecutor.

The Kennebec County security officer allegedly took the photo on Tuesday while lawyers were in chambers with the judge, CentralMaine.com reports. Assistant District Attorney Francis Griffin reported the incident to the district attorney, defense attorney Sherry Tash and the judge.

Tash said the photo showed the phone number of a private investigator and other defense notes in the case against Carl Langston, 28, of Brunswick, who was accused of robbery, aggravated assault, criminal mischief and violating probation.

The criminal mischief charge alleges that Langston chipped paint off a concrete bench while in an inmate holding area. The photo-snapping security officer was involved in the charge, although a different security officer filed the complaint, Tash said.

District Attorney Maeghan Maloney said the photo “was not actually anything helpful to the prosecution,” and she doesn’t know why it was taken.