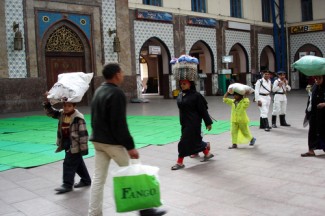 Railway police stand ready to ticket fare-dodgers and others who violate the rules at one of the busiest train stations in the world.

But a cumbersome judicial process, compared to the relatively minor nature of the alleged crimes, can be a deterrent to those responsible for issuing and enforcing the rules at the monumental Ramses station in Cairo, Egypt, reports Reuters.

Now, however, officials say they have found a way to encourage swift and certain justice—a court will be established at the train station to deal with claimed violations right away.

When the people know that there is a judge and fines can be issued immediately, they will not fight over a seat or fight with the conductor. And with fare-evaders, we will stop losing a big amount of money,” Nagwa Albert Habib told Reuters. She serves as director of presidency affairs for Egyptian National Railways.