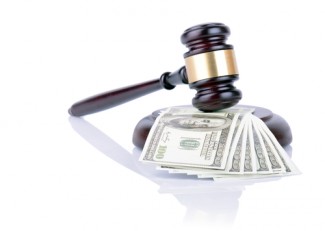 A New York appeals court has upheld a $10,000 sanction for a former Mintz Levin associate for bad faith conduct in handling his own divorce.

The appeals court said the judge who sanctioned Anthony Zappin in September 2015 had explained his reasoning in a detailed decision that was “amply supported by the record,” the New York Law Journal (sub. req.) reports.

The Manhattan judge who sanctioned Zappin, Matthew Cooper of the trial-level Manhattan Supreme Court, had asserted that Zappin engaged in a “maelstrom of misconduct” that continued despite repeated warnings to cease.

Zappin did “everything in his power to undermine the legal process and use his law license as a tool to threaten, bully and intimidate, seriously calling into question his fitness to practice law,” Cooper wrote in his September 2015 sanctions order.

Cooper said Zappin accused a previous judge in the case of lying and made “frankly outrageous” attacks on the judge during a March 2015 hearing. Cooper also said Zappin “actively campaigned to impugn” the reputation of a lawyer representing the interests of Zappin’s son. Zappin also filed a disciplinary complaint against the psychiatrist hired to evaluate the boy.

Zappin is a 2010 graduate of Columbia University School of Law. He told the New York Law Journal that the appellate decision is “an attempt to insulate Justice Cooper” from allegations contained his lawsuit against the judge. The suit claims Cooper engaged in “extrajudicial conduct” by sending copies of his sanctions order to several publications.

The suit says Mintz Levin fired him on the same day that Cooper’s decision was covered in the press, according to a prior article by the New York Law Journal.