Angry litigants and criminal defendants can pose serious or even lethal threats to lawyers and judges.

So it isn’t surprising that a group of retired police officers in St. Louis thought of the downtown Carnahan Courthouse when they developed a system to identify individuals considered to be threats through facial recognition technology and alert those they might be targeting. The courthouse is one of three sites that will be testing the Blue Line Security Solutions system, for free, as a pilot project, the St. Louis Post-Dispatch reports.

Judges for the St. Louis Circuit Court approved the idea in December. It will input only photographs of individuals who might be a problem; at other sites, such as businesses, it might be appropriate for the system to recognize everyone who is authorized to enter. 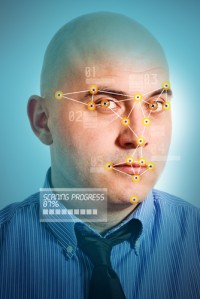 A representative of the Missouri affiliate of the American Civil Liberties Union expressed concern about singling out individuals for scrutiny and wondered about the process used to determine who might be threats.

However, a spokesman for the St. Louis City sheriff said the system is not all that different from standard security cameras, except that it notifies law enforcement officers of potentially problematic individuals, the newspaper recounts. “We are not screening everybody who walks in to see if they have any unpaid parking tickets or anything like that,” spokesman Mike Guzy said.

While such technology is innovative right now, it won’t be long before it’s commonplace, predicted Maj. Joseph Spiess of the St. Louis police, one of the founders of the Blue Line Security Solutions.

“I think facial recognition will be everywhere in five years, and honestly, it’s a race to get there,” he said.

As detailed in earlier ABAJournal.com posts, there have been a number of courthouse shootings in recent years: Judge Says Courthouse Shooter’s Assault Rifle Jammed as He Pulled the Trigger, Saving 3 Women