Due to admittedly lax enforcement of a 1996 dress code for San Francisco Superior Court, some court employees had gotten too comfortable.

A number often showed up for work in court in jeans and hoodies or track suits, according to KCBS and KGO. And, of course, the court is located in an area of the country where the tech industry has famously championed casual dress,

But now the pendulum has swung too far in the opposite direction, court workers contend. After receiving notification from administrators in December that the dress code would soon be strictly enforced, employees say that rules still aren’t uniformly applied. Those who violate the dress code can be written up, sent home to change or, even worse, lose some pay. 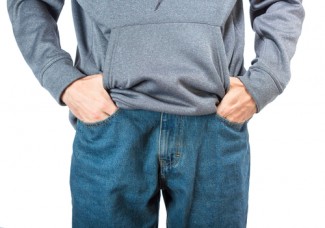 Court worker concerns led to a Thursday protest outside the Civic Center Courthouse by members of the Service Employees International Union, who chanted: “Don’t hate, we look great!”

Others are resigned to their fate. “If the established rules say business professional, that’s what I’m going with,” court clerk Verlinda Jones told KGO, but noted: “It’s uncomfortable, and it’s expensive.”

However, as in other lines of work, what is considered appropriate attire for women is less clear-cut. Court clerk Jean Tualla said she was reprimanded for not looking professional, then sent home without pay. Now she is finding the situation stressful. “I feel so anxious, like am I going to get an e-mail?” Tualla told KCBS. “Is someone going to come into the courtroom? Am I going to be approached in front of all these people? Am I going to be sent home again?”