Are these courthouses haunted? See why these employees think so (gallery)

As Halloween looms, tales of buildings with a claim to ghostly visitations and other eerie events are at a premium. And high on the list of likely sites for scary supernatural stories are historic courthouses, a number of which are also current or former prisons and may have seen hangings at some point in the past.

Workers at multiple courthouses in Ohio say they have heard unexplained rattles, voices and even apparitions, according to CNO and WKYC. Some cleaning personnel have resigned due to their experiences at the Wayne County Courthouse in Wooster, says Common Pleas Court Administrator James Fox.

He himself was skeptical of the “Lady in Pink” who supposedly walks the halls there due to a courtroom murder, Fox tells CNO. Then he had an eerie experience himself.

An apparent apparition also has been caught on film In Hendersonville, N.C., looking out the window of the more than 100-year-old courthouse, which underwent a renovation in 2008, reports the Times-News. The building had not yet been reopened at that point, but a woman in white, with long hair, can clearly be seen in the photo accompanying the article.

Meanwhile, the historic Navaho County Courthouse in Holbrook, Ariz., has long had a reputation for unusual happenings, including footsteps in an empty courtroom, the sound of a cup being dragged across the bars of an empty jail cell and books in the courthouse library mysteriously rearranging themselves in new configuations, reports the Arizona Journal.

In Hagerstown, Md., the original courthouse burned down in 1871. But some say the spirit of its designer, Benjamin Henry Latrobe, may still be lurking in the vicinity, reports the Herald Mail.

“If you talk to the boys in this building, they will tell you they hear strange sounds often, even in daylight hours,” said Michael Heyser, the city’s longtime code enforcement officer, about the Washington County Courthouse.

Multiple false fire calls have been attributed to “system malfunction.” But then one occurred in 2011 involving a pulled alarm when no one was visible on security camera footage. Latrobe may have been the culprit, according to Heyser. 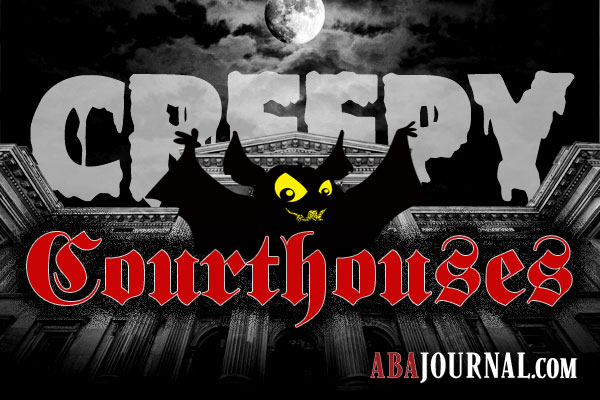 Image on homepage from Shutterstock. 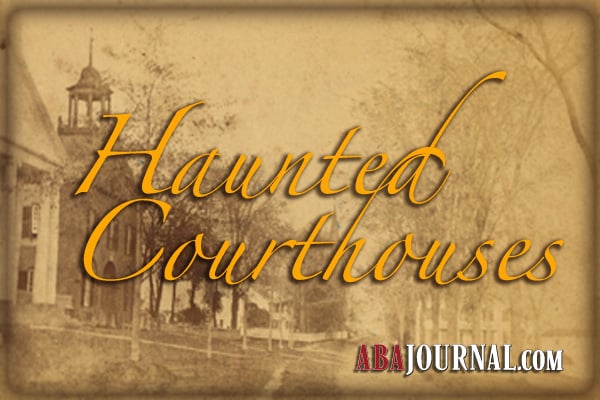