My clients can pay me in bitcoins, criminal defense lawyer says 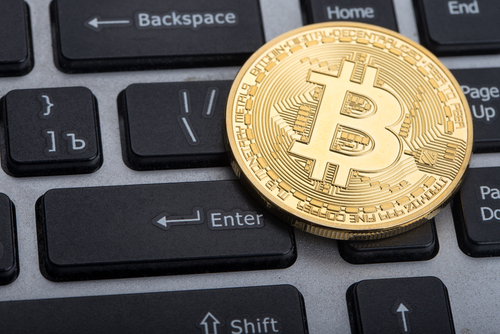 A Houston criminal defense lawyer has announced that he will accept bitcoins from clients in payment of legal bills, saying that he is one of the first attorneys in the state of Texas to do so.

However, being willing to accept cash alternatives in payment of legal fees is standard practice for criminal defense lawyers, attorney Jay Cohen tells the ABA Journal. And bitcoins, a digital form of money developed by techies in 2008, are more liquid than many other alternatives those in the field commonly accept, such as real estate and personal property, he points out.

The bitcoin.org website provides more information about the virtual currency. Although bitcoins can be bought and sold much like stock, their value has swung dramatically. Hence, Cohen plans to immediately convert any he receives from clients into cash and put the money in his client trust account.

Cohen, who announced that he would accept bitcoins in a press release earlier this week, says doing so is a plus in his line of work because it helps preserve client privacy, since payment can be made without using a bank.

“In my area, people want to keep things as discreet as possible,” he told the ABA Journal, explaining that he has been reading about bitcoins and purchased some for himself in March.

“It just seemed like a good thing to do,” he said of accepting bitcoins for his legal fees, “and I don’t really see any downside, because its traded on public exchanges.”

Criminal defense lawyers, of course, can face potential ethical and even criminal issues if clients pay them with assets they are determined to have acquired through illicit conduct. Asked whether accepting bitcoins would present any additional risk of trouble for him, Cohen said he doesn’t believe so.

“I thought a lot about that,” he said, explaining that his standard legal services contract says the payment didn’t come from illegal activities—and, if he thought it did, he wouldn’t accept it, regardless of the form in which it is tendered.

There doesn’t seem to be any reason why bitcoins would be riskier than accepting cash, a check or personal property for his fees, as far as the source of the asset is concerned, Cohen continued. And it may be safer than a check, which can take days to clear and potentially could be counterfeit.

If bitcoins should prove to have been purchased with money from a dubious source, “it would just be as if someone came in and tried to give you their grandmother’s diamond ring, or at least told you that,” he said, “and then it was not. I don’t see any increased risk.”

Boston Globe: “Bitcoin believers hoping their faith will pay off”

Forbes: “Living On Bitcoin For A Week: The Journey Begins”