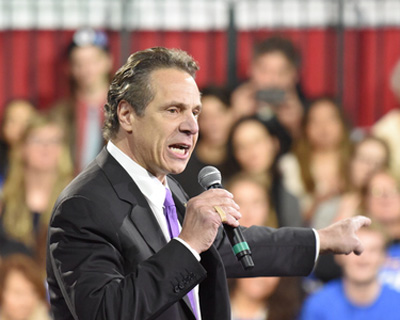 New York Gov. Andrew Cuomo plans to bypass the state legislature and grant pardons to more than 35,000 felons on parole making them eligible to vote.

Cuomo will grant pardons to current felons on parole as well as new felons as they enter the system each month.

Iowa and Virginia already use executive orders to pardon parolees. They are among 18 states and Washington, D.C., that allow parolees to vote, according to the Times, which cites information from the governor’s office. Fourteen of the 18 states currently restore voting rights for felons automatically when they are paroled. Two others never remove the right to vote.

Current law in New York bars convicted felons from voting unless they are on probation or have completed parole. Cuomo said that he had asked lawmakers to change the law, but he did not get needed support in the Senate.

“I’m unwilling to take no for an answer,” Cuomo said. “I’m going to make it law by executive order.”