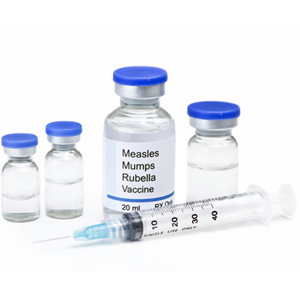 The district attorney in San Antonio, Texas, asserts that vaccines “can and do cause autism” in a video promoting a documentary that claims the government has covered up the link.

Bexar County District Attorney Nico LaHood claims his children were “vaccine injured”—one has autism and the other a skin condition—and that he’s entitled to his opinion, report the San Antonio Current and the San Antonio News-Express in stories here, here and here.

LaHood is sitting at his desk in his county office in one of the video clips promoting the movie. “I’m Nico LaHood,” he said. “I’m the criminal district attorney in San Antonio, Texas. I’m here to tell you that vaccines can and do cause autism.”

LaHood said he was acting as a concerned dad rather an elected official when he made the video. Another of the movie segments is filmed in his home with him and his wife. He sponsored a local screening of the documentary, Vaxxed: From Cover-up to Catastrophe.

The Centers for Disease Control and Prevention say there is no link between vaccines and autism. A 1998 study claiming there was a link between the measles, mumps and rubella vaccine and autism has been retracted and denounced as “an elaborate fraud.” (An author of that discredited study, former gastroenterologist Andrew Wakefield, was also the director of Vaxxed. Wakefield, who had been a British doctor, was struck off the medical register in 2010 for serious professional misconduct, the Guardian reported at the time.) In addition, a special vaccine court found vaccines are not to blame for autism.

LaHood doesn’t believe the CDC. “I have talked to scientists and I have seen the false study by the CDC,” he said. “I know what I have gone through. … I just encourage people to watch the information and make up their own minds.”

The San Antonio Health Department released a statement after LaHood’s video received press attention. The statement said the evidence is clear that vaccines don’t cause autism. Detractors had blamed the preservative thimerosal, but it is not a toxin, according to the statement. “The fact that thimerosal is no longer used in vaccines and the autism rate is increasing supports further evidence that it is not the causative agent,” the statement said.

Updated on Sept. 2 to correct a grammatical error introduced in the editing process.