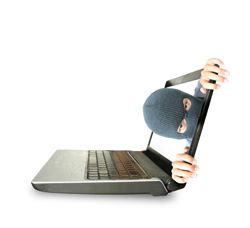 Husch Blackwell says its systems weren’t hacked after a group calling itself “The Dark Overlord” threatened to release stolen documents relating to insurance litigation over the Sept. 11 attacks on the World Trade Center.

The Dark Overlord hacker group says it has 18,000 documents that include emails and nondisclosure documents sent and received by two insurers and a Husch Blackwell predecessor firm, Blackwell Sanders Peper Martin, report Financial Times, Forbes and the American Lawyer.

The Dark Overlord said it also had hacked documents from the real-estate company that owns the World Trade Center.

The group is seeking a ransom paid in bitcoin to avoid release of the documents.

The hackers released some of the documents on Wednesday, including some bearing the name of the predecessor law firm, Husch Blackwell said in a statement.

The leaked documents concerned a matter handled by lawyers who left the firm in 2002 and took the representation with them, Husch Blackwell said.

“Information available to us indicates that any breach relating to the documents recently made public occurred at another firm,” the statement said.

Blackwell Sanders had represented Lloyds of London in federal litigation to recover losses related to the Sept. 11 attacks. A 2002 law firm invoice to another insurer, Hiscox, was among the documents released, according to the American Lawyer.

Hiscox said it thought the information was stolen from a law firm, and the insurer had first revealed the breach last April. Hiscox has not named the law firm, although the insurer described it as a “specialist law firm” in the United States in its April 2018 announcement.

Lloyds and World Trade Center owner Silverstein Properties both said they had no evidence that their own systems were compromised.