Daughter of hospitalized Casey Kasem, rather than his wife, will make medical decisions, judge rules 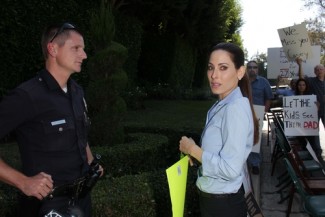 Kasem, 82, who is suffering from a form of dementia, was hospitalized last week in critical condition because of an infected bedsore, Reuters reports.

The Kitsap County case establishing Kerri Kasem as his conservator followed an earlier decision to the same effect by a Los Angeles judge, after Casey Kasem was moved by his wife to Washington.

In addition to his fame as the disc jockey on a weekly countdown of the top 40 songs in popular music, Kasem is also known as the voice of Shaggy on the Scooby-Doo cartoon series.