David Boies Is Author’s Lead Example of a 'Clutch' Performer 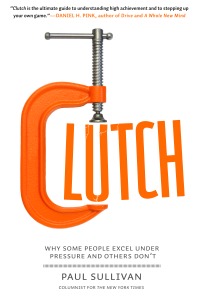 Clutch is a book about the qualities that help a top performer win the game when the stakes are high and the pressure to perform makes it easy to fall apart.

However, author Paul Sullivan opens his book not with superstar athletes with rippling muscles, but with a rumpled, nerdy attorney named David Boies, who is also considered one of the best litigators in the country.

During a clutch performance more than a decade ago, Boies deposed an arrogant, obnoxious Bill Gates, reducing the overly confident Microsoft founder within days to a nervous, shell-shocked mumbler. By the time Boies was done, Gates was destroyed as a potential witness in a government antitrust case against Microsoft over the Internet browser it used in its Windows operating system.

To have focused on the technology of the Windows browser, the book notes, would have permitted the case potentially to turn on a single persuasive explanation by a software developer to an unsophisticated trier of fact. But by calling into question the honesty and stability of the witness, Boies made it easy for the judge and jury to doubt anything Gates might have said on the stand. And Boies focused on credibility in various ways throughout the deposition.

“They came in saying, ‘I know more than you do.’ True,” says Boies in Clutch. “But if I can’t believe you, it doesn’t matter. It was very important from Day One of the Microsoft case to attack their credibility.”

Sullivan, who writes a column about wealth for the New York Times, tells the ABA Journal he decided to profile Boies at the beginning of his book because of the superb skills the lawyer has demonstrated in high-profile case after high-profile case involving a wide array of legal theories.

“What fascinated me about Boies is this incredible range he had as a litigator, and I wanted to know how you could do U.S. v. Microsoft one day, Bush v. Gore the next,” Sullivan said.

“It was that range more than anything else that said, ‘This is the guy I really want to talk to,’ ” Sullivan explained. So, for months, he worked to persuade the Boies Schiller & Flexner chief to sit down with him and talk about his cases.

Boies is now making headlines by representing Jamie McCourt in a divorce case against her estranged husband, Frank, that will determine who holds title to the Los Angeles Dodgers baseball team.