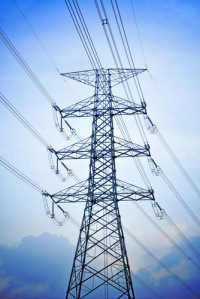 The U.S. Court of Appeals for the D.C. Circuit heard oral arguments on Tuesday on the Environmental Protection Agency’s authority to adopt a rule requiring states to cut greenhouse gases from power plants.

The plan is part of the Obama administration’s plan to comply with a climate-change agreement reached last year, report Bloomberg News, the Wall Street Journal (sub. req.), the Washington Post, the New York Times and the Associated Press.

Ten D.C. Circuit judges are hearing the case, “a sign of the case’s gravity,” according to the Wall Street Journal. Procedural rules allow the court to opt for an en banc hearing, rather than a hearing by a three-judge panel, when the court considers “a question of exceptional importance,” AP explains.

Six panel members are Democrats and four are Republicans. Supreme Court nominee Merrick Garland recused himself from the case.

The “vigorous legal arguments” lasted seven hours before an overflow crowd of spectators, according to the Washington Post. During that time, the EPA plan “was alternately lauded as a reasonable attempt to move the nation toward cleaner energy sources and faulted as an unconstitutional, job-killing power grab.”

The EPA has contended it has the authority to adopt the plan under the Clean Air Act. It requires each state to adopt its own plan to meet emissions targets. States that don’t act would have to submit to an EPA plan.

Harvard law professor Laurence Tribe is representing one of the challengers, Peabody Energy. He argued the EPA overreached when it adopted the plan. “There’s a reason 27 states are on the petitioners’ side and 19 are on the other,” he said.

Judge Brett Kavanaugh said he understood the frustration with Congress for failing to address global warming, the Wall Street Journal reported. But he said Congress has to give the EPA authority to address it. “Global warming is not a blank check,” he said.

The U.S. Supreme Court had issued a stay in February that prevented the clean power plan from taking effect before D.C. Circuit review. Four justices dissented from the stay, issued days before Justice Antonin Scalia died.