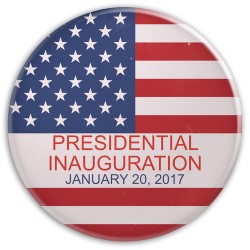 A federal appeals court on Tuesday rejected a First Amendment challenge by an anti-Trump group that wanted access to all of Freedom Plaza for protests during the inauguration.

The U.S. Court of Appeals for the D.C. Circuit upheld a decision by the National park Service to allot space in Freedom Plaza to the Presidential Inauguration Committee, report BuzzFeed and Law.com (sub. req.). The committee plans to set up bleachers for ticketed seating during the inauguration parade.

A group called the ANSWER Coalition (short for Act Now to Stop War and End Racism) had challenged the decision.

The D.C. Circuit said allotting the space to the committee was a content-neutral restriction and did not amount to viewpoint discrimination. Judge Nina Pillard wrote the opinion, which was joined by Judges Sri Srinivasan and Patricia Millett.

“There is no evidence in the record that the regulation was adopted because of any disagreement with ANSWER’s—or any demonstrators’—message, nor any evidence of desire generally to suppress dissent or otherwise discriminate with regard to content,” Pillard wrote.