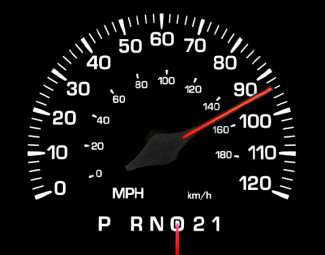 After paying $1,900 to have routine 100,000-mile maintenance work performed on their 2008 Dodge Caliber SRT, a suburban Chicago couple happened to take a look at the dashcam video.

It showed that a technician for the Gurnee car dealership that performed the work had reached speeds of as much as 96 mph while test-driving the vehicle, reports the Chicago Tribune.

Lake County officials are investigating to determine whether a crime was committed.

“We looked at it and identified some people. No crime was committed in Gurnee so we forwarded it to the Lake County sheriff’s office,” said Gurnee Police Cmdr. Willie Meyer. “This is the first time I’ve seen this type of case.”

The Garmin dashcam turns on automatically when the vehicle is started, he noted.