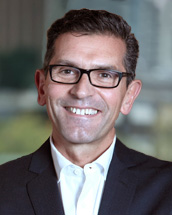 Rawlinson was 56, report the Financial Times, Bloomberg Big Law Business and the American Lawyer in articles here and here. The cause of death was not disclosed in the Baker McKenzie announcement.

Rawlinson’s decision to take a leave of absence spurred discussion on the mental and physical stress of law practice, according to the American Lawyer.

Rawlinson became global chairman of Baker McKenzie in 2016. The firm has 78 offices and nearly 5,000 lawyers. In October, “highly placed figures” estimated that he had visited more than half of Baker McKenzie’s offices, according to the American Lawyer’s coverage.

At the time of the leave announcement, attorney and mental health advocate Patrick Krill told the American Lawyer that he applauded Rawlinson for taking time off and for acknowledging the reason. “It’s not surprising, given the demands of a role like that, that somebody’s well-being could be compromised,” he said.

Bruce MacEwen, president of Adam Smith Esq., told the American Lawyer he once asked a managing partner of another BigLaw firm where he considered his headquarters. The partner’s answer was American Airlines.

Rawlinson had pushed for technology innovations at a time when the firm was seeing growing revenue. In August, Baker McKenzie announced an 8% increase in gross revenue for 2017-2018 and a 14% increase in profits per equity partner, according to this American Lawyer story.

ABA Journal: “It’s time to promote our health: ABA mobilizes on multiple fronts to address well-being in the legal profession”

ABAJournal.com: “4 strategies for building the habit of lasting resilience in the legal profession”