The death last week of an acclaimed crossover musician who wrote and recorded “Dueling Banjos” has brought to light the story of how Arthur Smith won a substantial settlement over the famed bluegrass song’s unauthorized use in a major motion picture.

Initially recorded as “Feudin’ Banjos” in 1955, it was used in 1972 in Deliverance, an Oscar-nominated film that rocketed the renamed song, in a version recorded by Eric Weissberg, to the No. 2 spot on Billboard’s list of top pop tunes, the Washington Post (reg. req.) reports. 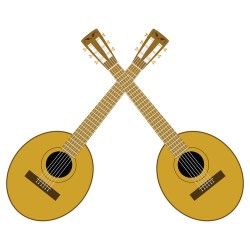 This wasn’t the first time Smith’s energetic song was used without crediting him as the composer. But, despite his success hosting television country variety and fishing shows for decades from the Charlotte, N.C., area, there hadn’t been enough money involved to make it worth litigating over the issue. The commercial success of Deliverance for the first time made a lawsuit feasible.

Before resorting to court, Smith called Warner Brothers, which offered him $15,000, his son, Clay, told the newspaper. Smith turned down the offer and spent two years and $125,000 litigating his case.

Asked how much it had settled for, Smith would point to a photo of a 42-foot yacht on the wall of his office and say that the studio had bought the boat for him.

“A good copyright is really worth something,” he told the Charlotte News and Observer in 1998. “I’ve always said I’d rather have 10 good copyrights than the Empire State Building. I get a nice check every 90 days.”

Billboard, the Charlotte Observer and the New York Times (req. req.) also have stories about his death last week at his home in Charlotte. He was 93 years old.