“The Boat People is a spellbinding and timely novel that provokes a deeply compassionate lens through which to view the current refugee crisis,” according to Doubleday, the publisher of the debut novel by author Sharon Bala.

The book is also the winner of the 2019 Harper Lee Prize for Legal Fiction, the University of Alabama School of Law and ABA Journal announced on Thursday.

“It’s an absolute honor to learn that The Boat People has won the 2019 Harper Lee Prize for Legal Fiction,” Bala said in the news release. “Writing this novel was a meditation on empathy. My greatest hope is that it has the same effect on readers.”

The Harper Lee Prize for Legal Fiction was established in 2011 to commemorate the 50th anniversary of the publication of To Kill a Mockingbird. It is awarded annually to a book-length work of fiction that best illuminates the role of lawyers in society and their power to effect change.

The Boat People follows the story of Mahindan and other Sri Lankan refugees who escaped a civil war in their country only to arrive on Vancouver Island’s shores to face accusations of terrorism and the threat of deportation. Mahindan’s lawyer, Priya, a second-generation Sri Lankan Canadian, and Grace, a third-generation Japanese Canadian adjudicator, also feature prominently in the story. 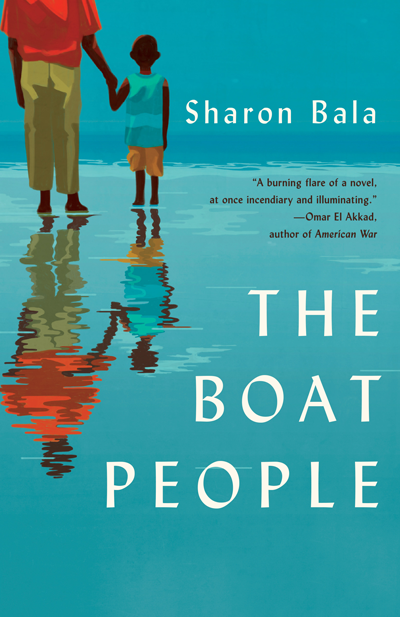 “The Boat People is timely and powerful,” says Molly McDonough, editor and publisher of the ABA Journal. “Even those who think they are versed in the various vantage points involved in the complex area of immigration will gain a deeper appreciation of the nuances by reading Sharon Bala’s first novel.

“The book explores the perspectives of desperate refugees; the attorneys who—voluntarily or not—are trying to help them; and the adjudicators who are asked to make potentially life-or-death decisions with little to no evidence.”

“The Boat People touched me, haunted me, and educated me—in much the same way To Kill a Mockingbird did when I first read it as an impressionable child,” says Claire Hamner Matturro, University of Alabama School of Law graduate and author. “It’s the kind of book I wish the whole world could read with an open mind and an open heart.”

Matturro was joined on the prize’s selection committee by Robert Barnes, U.S. Supreme Court reporter for The Washington Post; Steven Hobbs, Tom Bevill Chairholder of Law at the University of Alabama School of Law; Utz McKnight, chair of the department of gender and race studies and political science professor at the University of Alabama; and Gin Phillips, author of Fierce Kingdom.

Bala will receive the Harper Lee Prize for Legal Fiction on Aug. 29 at the Library of Congress in conjunction with the National Book Festival in Washington, D.C. She will be honored with a signed special edition of To Kill a Mockingbird.