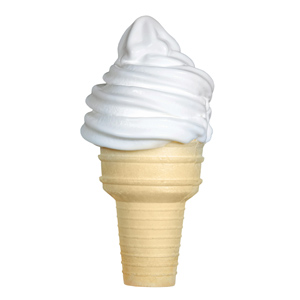 Typically, those who operate and patronize franchise restaurants are looking for a uniform brand.

But among the outliers are Troy and Diane DeLeon, the owners of a longtime Dairy Queen in Moorhead, Minnesota.

Still operating under a 1949 contract from their predecessor, Bob Litherland, since they took over in 1995, the DeLeons oversee a DQ has no indoor seating, no drive-thru and a panoply of historic menu items that are no longer approved by corporate headquarters for mainstream operators, the Star Tribune reports.

“If we changed to the new corporate way, virtually all our food items would be gone,” Troy DeLeon told the newspaper. “The corporate way is everything exactly the same.”

Running the DQ in accord with what the newspaper terms “rogue ice cream rules” permitted under the 1949 agreement, the DeLeons dutifully display standard DQ food offerings in a window. But a so-called local menu points customers to the Monkey’s Tail (chocolate covered banana), super chili cheese dogs and numerous other nonstandard treats. The restaurant also allows customers to substitute ingredients and makes its own ice-cream cakes.

A DQ spokesman, Dean Peters, confirmed that a handful of restaurants still have contracts dating back to the 1940s, which allow them to offer a “very limited” amount of nonstandard menu items.

Peters chuckled when told by the Star Tribune that DeLeon thinks DQ wants the oddball location in Moorhead to melt away, then declined to comment. He said the Minneapolis-based chain values all 6,500 or so of its locations.