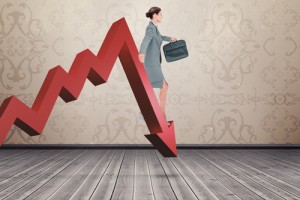 Women made up 45 percent of first-year associates in large New York City law firms last year, a drop of five percentage points since 2004, a survey has found.

The finding “raises concerns about the erosion of the associate pipeline,” according to the survey report (PDF) by the New York City Bar Association. Seventy-five law firms responded to the survey, which was sent to firms that committed to the bar’s statement of diversity principles. The New York Times DealBook blog covered the findings.

According to the December 2015 survey, women made up 35 percent of all lawyers in the firms “despite representing almost half of graduating law school classes for nearly two decades.”

The survey found that 18.4 percent of women and 20.8 percent of minorities left the surveyed firms in 2015, compared to an attrition rate of 12.9 percent for white men.

White men made up 77 percent of equity partners.

There were some gains for women, however. Women partners peaked at 19 percent, and the percentage of women serving on firms’ management committees rose to 20.3 percent, an increase from 13.5 percent in 2007.

The survey also found that the law firms were more diverse at every level than in 2004, though in recent years minority representation has stalled.

New York City Bar Association President John Kierman told the Times that “progress remains incremental” at the surveyed firms, while “attrition and pipeline numbers are not where they should be.”

ABA Journal: “Minority women are disappearing from BigLaw–and here’s why”