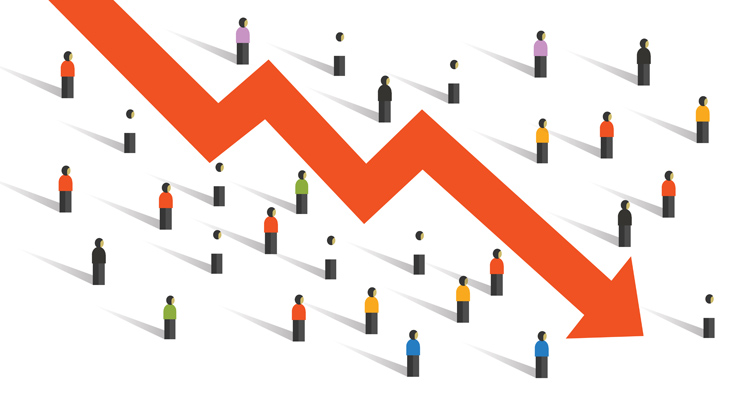 Law firms have managed to maintain profits per equity partner and increase billing rates, but they shouldn’t be complacent. Those achievements could be masking weaknesses and preventing law firm leaders from adapting to new challenges, according to the 2018 Report on the State of the Legal Market.

The average lawyer today is billing 156 fewer hours annually than at the start of 2007, costing firms an average of $74,100 in lost revenues per lawyer each year, according to the report. The report bases the calculation on an average rate of $475 an hour.

The Center for the Study of the Legal Profession at Georgetown University Law Center and Thomson Reuters Legal Executive Institute released the report on Wednesday. The report can be downloaded here; a press release is here.

The challenges include flat demand for law firm services, flat to declining profit margins, weakening collections, falling productivity, and loss of market share to alternative legal service providers and others.

Productivity fell as a result of flat demand and a 1.3 percent increase in lawyers at U.S. firms. The slump in productivity reflects a trend that has persisted for several years, according to the report.

When the next downturn comes—and it could be just around the corner after eight years of economic expansion—law firms will have fewer tools to deal with the adverse effects, the report says.

During the last downturn that began in 2007, law firms slashed expenses—primarily through layoffs—reduced the number of equity partners, and increased billing rates.

“When the next economic downturn occurs,” the report says, “the levers that law firms used to mitigate the impact of the last recession are not likely to be as effective. This is in large part because firms would be starting from a significantly lower base than they enjoyed in 2007—e.g., revenue per lawyer is lower than at the start of the last downturn, the ranks of equity partners can’t easily be trimmed much more than they already have been, and there is every indication that client resistance to ongoing rate increases is stiffening and not weakening. All of which suggests that the negative impact of the next downturn could be fairly severe.”

The report cites findings from a November 2017 study of dynamic law firms by the legal executive institute. The study found that firms that performed the best increased spending in two key areas: marketing and business development, and technology.

The National Law Journal (sub. req.) spoke with James Jones, one of the report authors. “Our hope with this is that we can help build a kind of wake-up call,” he said. “Because in point of fact, I think that law firms can have a real competitive advantage and be significantly successful if they will only do some of this basic stuff.”