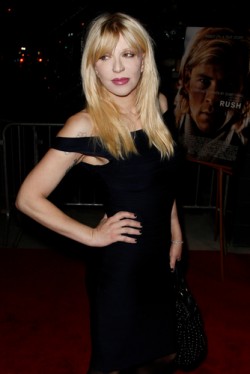 A California jury spent three hours deliberating before rendering a defense verdict Friday in a libel lawsuit brought against Courtney Love by her former legal counsel.

Lawyers for the plaintiff, attorney Rhonda Holmes of San Diego, has sought $8 million in damages in the Los Angeles case and asked the jury to hold the singer and actress accountable for her social media messages, particularly a tweet suggesting the attorney had been “bought off” from pursuing a fraud case concerning the estate of Love’s late husband, singer Kurt Cobain of Nirvana, the Associated Press reports.

The “Twibel” case is reportedly the first defamation suit tried in the U.S. over a message posted on Twitter.

Love was represented by John Lawrence and Matthew Bures. She told the jury she had meant to send a private message to Holmes on Twitter but accidentally made it public and then promptly deleted it, according to the AP and the Los Angeles Times (sub. req.).

The jury found that Love had included false information in her tweet, but didn’t know it was untrue,

Attorney Mitchell Langberg represented Holmes. He said she was disappointed by the verdict, but pleased that it recognized Love’s false statements.

“At the end of the day, her biggest asset in life is her reputation,” said Langberg of Holmes. “That she got back today.”

Love told the Times she is more careful about what she tweets these days and stayed off Twitter entirely during the trial. However, she was back on the web after the verdict with a tweet about the law firm that defended her: “I can’t thank you enough Dongell Lawrence Finney LLP, the most incredible law firm on the planet. We won this epic battle.”

Her lawyer, John Lawrence, told SPIN: “I don’t think it’s a case that will change the law, but it is a very good result for Courtney.”

I can't thank you enough Dongell Lawrence Finney LLP, the most incredible law firm on the planet.We won this epic battle. #justiceprevails

ABAJournal.com: “Courtney Love testifies at first US ‘Twibel’ trial, sued by her ex-lawyer over critical tweet”