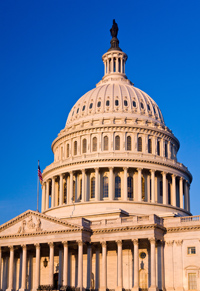 A group of bipartisan U.S. senators introduced a bill Wednesday that seeks to create a National Criminal Justice Commission, which would both review and suggest reforms at the state and federal level.

The proposed commission also would examine tribal systems, the Washington Post reports. It draws inspiration from a 1965 commission created by President Lyndon B. Johnson, which lead to the 911 emergency call system and established research organizations such as the Bureau of Justice Statistics.

Sens. Gary Peters, D-Mich.; Lindsey O. Graham, R-S.C.; and John Cornyn, R-Tex, introduced the bill. Among the 17 co-sponsors are Orrin G. Hatch, R-Utah, and Kamala D. Harris, D-Calif. It also has support from the Fraternal Order of Police and the NAACP, according to the article.

“Too many Americans see growing challenges in our justice system,” Peters said in a statement, “ranging from overburdened courts and unsustainable incarceration costs to strained relationships between law enforcement and the communities they serve.”

The bill proposes that the commission would work for 18 months, examining and making recommendations for issues that include victims’ rights, law enforcement costs, court administration and civil rights.

“The goal here is to improve not only policing in the U.S. but our nation’s criminal justice system as a whole,” Chuck Canterbury, president of the FOP, told the newspaper.

Previous:
Did China speed up trademark approvals for the Trump Organization?