However, Dr. Joseph Kurtz is now seeking redress in federal court in Brooklyn, contending that manufacturers’ false claims that moistened wipes can be safely flushed down the toilet cost him $600 in plumbing bills at his New York and New Jersey homes.

He is seeking $5 million in the suit against Kimberly-Clark Corp. and Costco Wholesale Corp., which was filed Feb. 21 in the Eastern District of New York and seeks class action status, according to ABC News. The New York Post also has a story. 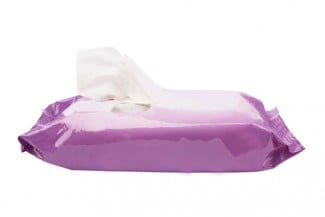 A spokesman for Kimberly-Clark, which makes Cottonelle, one of the brands that Kurtz complains about, said in a written statement: “Kimberly-Clark has an extensive testing process to ensure that our flushable wipes products meet or exceed all industry guidelines, and we stand behind our claims of flushability.”

A Costco representative declined to comment when contacted by ABC News.

However, officials with the Plainfield Area Regional Sewerage Authority in New Jersey and New York City’s Department of Environmental Protection say the wipes are harder on their equipment than toilet paper. The city asks that wipes be put in the trash, rather than flushed down the toilet, to prevent issues with the municipal sewer system.