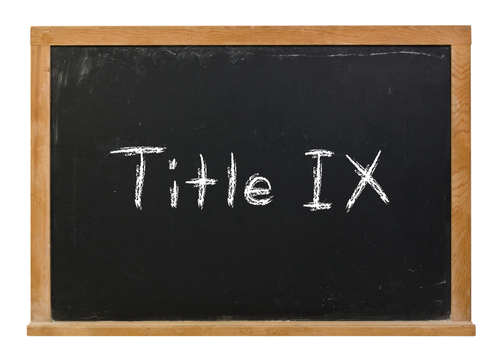 Many schools will continue using a preponderance of evidence standard when investigating Title IX complaints despite the U.S. Department of Education rescinding the guidance last year, according to a recent survey.

The survey, conducted by the communications consultancy APCO Worldwide, had 100 respondents, according to a news release. Harlan Teller, a Chicago-based executive director at APCO, said the total number of respondents were evenly split between university general counsels and chief communications officers.

More than three-fourths of respondents—77 percent—indicated they had no plans to change internal policy regarding sexual abuse and harassment, and 64 percent indicated they won’t respond to U.S. Education Secretary Betsy DeVos’ request for input regarding new Title IX guidance, which would replace the 2011 “Dear Colleague” letter from the department’s Office of Civil Rights and that was established during the Obama administration.

The survey also asked respondents if the #MeToo movement has led to them rethinking their schools’ sexual harassment policies. Fifty-six percent said “not very much” or “not at all,” according to the release, while 39 percent said “somewhat.”

Colleges have faced public sexual misconduct allegations long before the #MeToo movement, and that could be why it doesn’t appear to influence existing policies, Teller notes.

“They have departments in place internally, and have developed programs around bystander intervention and remediation, focusing on prevention,” Teller says. “I think they feel like they’ve got things covered, and they’ve been early on it.”

According to Teller, the survey did not ask respondents to differentiate between student and faculty sexual misconduct investigations.

“There’s no question there’s a difference between faculty and students. I think in general, when colleges and universities think about Title IX and adjudicating the cases, they’re thinking about it holistically,” he says.