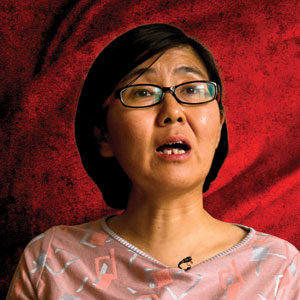 A jailed Chinese human rights lawyer who is due to receive the ABA’s first International Human Rights Award in absentia has reportedly been released on bail after delivering a videotaped “confession.”

She also spoke out against foreign awards. The Washington Post and AP quote Wang as saying she won’t accept an award, but they differ on whether she is speaking about a European human rights award or the ABA award.

Wang Yu has been detained for more than a year. The head of Wang’s law firm and three other activists are being tried Tuesday, according to the Oriental Daily, one of publications reporting on Wang’s confession.

Family members issued this statement: “We strongly suspect Wang Yu made these statements to the media under pressure and threat.”