Detroit students are being deprived of their constitutional right to literacy, says federal lawsuit 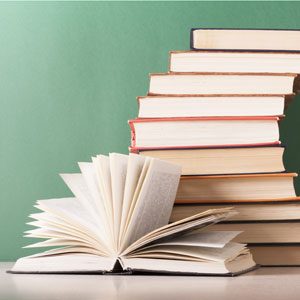 Detroit students are being denied their constitutional right to literacy, according to a federal lawsuit filed Tuesday by various well-known U.S. Supreme Court advocates.

The case was brought on behalf of seven children, the Detroit News and the Detroit Free Press report. They’re represented by the Los Angeles pro bono group Public Counsel, as well as attorneys from Sidley Austin and Miller Cohen.

Public Counsel picked Detroit schools as the target of their lawsuit because it has the lowest proficiency rates of any large urban school district in the country on national assessment tests, staff attorney Kathryn Eidmann told the Free Press.

The plaintiffs attend five of the city’s lowest performing schools, according to a Public Counsel press release, and student proficiency rates at the schools are around zero for core subject areas. At one of the schools, 100 percent of the sixth-grade class scored below proficiency in reading and math.

The students for the most part are children of color who come from low-income families.

“A right of access to literacy is well-grounded upon existing Supreme Court precedent construing the 14th Amendment. We are confident that this case will have broad impact upon public education for children in Detroit and throughout our nation,” said Carter Phillips, the noted U.S. Supreme Court advocate who chairs Sidley’s executive committee.

The lawsuit seeks class-action status for all children who attend Detroit schools. Evan Caminker, a constitutional law professor at the University of Michigan, is also involved in the case. He told the Detroit News that Brown v. Board of Education, the landmark 1954 ruling that led to the desegregation of public schools, mandates that all school children have a right to an education.

“The court also made clear that the exclusion of any group of students from that opportunity stamps them with a feeling of inferiority that can reach deep into their hearts and minds and last with them for their lifetimes,” Caminker said.

The Free Press noted that a similar “right-to-read” lawsuit was filed in 2012 by the American Civil Liberties Union of Michigan, and rejected by Michigan Court of Appeals in 2014. However, that lawsuit relied on the state’s constitution, rather than the U.S. Constitution.

“While I haven’t seen the complaint, I can understand the theory, and I think it will be a stretch to get the courts to say that the Due Process and Equal Protection clauses (of the 14th Amendment) impose the obligation on the state to bring about certain outcomes in education,” Robert Sedler told the Free Press. Sedler is a constitutional law professor at Wayne State University Law School.

Constitutional lawyer Erwin Chemerinsky, dean of the University of Irvine School of Law and ABAJournal.com columnist, is also involved in the case on the side of the plaintiffs. The suit names the state’s Republican Gov. Rick Snyder as a defendant, and argues that Detroit students have been excluded from the state’s educational system. A spokesperson for the governor told Education Week that the office doesn’t comment on pending litigation.