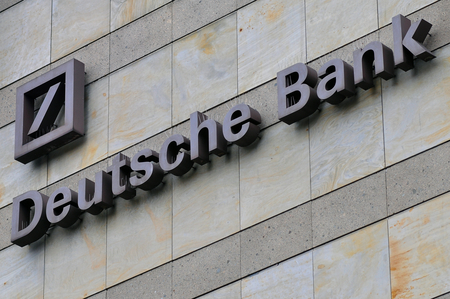 Deutsche Bank has informed U.K. law firms that it will no longer pay for work done by newly admitted lawyers and trainees.

Legal Week reported Tuesday that Deutsche Bank’s decision is the first major move by a bank in the U.K./Europe market to refuse to pay for junior lawyers—something that is more common in the United States. Deutsche Bank conducts a review every two years of its outside counsel. According to Legal Week, Hogan Lovells, Latham & Watkins and White & Case already have been reappointed to the bank’s panel of law firms.

Deutsche Bank’s terms, however, have caught other firms off guard. “It has annoyed a lot of people. The process was more aggressive,” one law firm partner told Legal Week. Another law firm partner opined: “This is something I have seen for the first time this year. I think it is fair enough for trainees, but for NQs [newly qualified lawyers] it seems very unfair—they are proper solicitors, so why should they not be paid? I have heard about this at other banks—usually in the U.S. but never in Europe.”

According to a 2011 survey by the Association of Corporate Counsel relied on by Legal Week, more than 20 percent of 366 responding in-house legal teams had refused to pay for first- or second-year lawyers.

According to Legal Week, other firms that have been appointed to the bank’s panel of outside law firms include Allen & Overy, Ashurst, Clifford Chance, Freshfields Bruckhaus Deringer, Linklaters, Simmons & Simmons, and Slaughter and May. U.S. firms that are likely to keep their place on the panel include Cleary Gottlieb Steen & Hamilton and Mayer Brown.