Developments in Guantanamo detainee's case point to an uncertain future 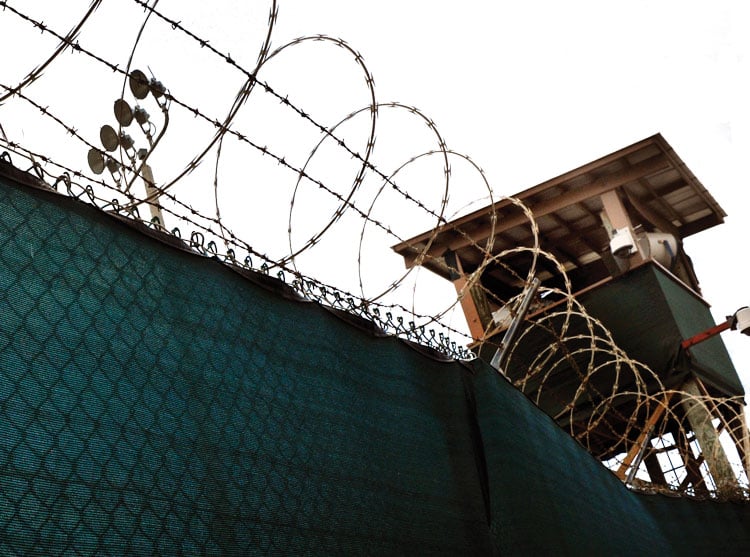 Substantial developments in the Guantanamo military commission case against Abd al-Rahim al-Nashiri have complicated an already complex and unusual situation.

The ABA Journal featured al-Nashiri’s case in its November cover story, in part because of the ethics claims that caused three civilian defense lawyers—most of al-Nashiri’s defense team—to quit the case. The Miami Herald later reported that they had found a microphone in the room where they met with their client, triggering suspicions that the government had been spying on their confidential attorney-client communications. Judge Vance Spath, then a colonel in the Air Force, denied requests for discovery into that matter and tried unsuccessfully to bar them from quitting. Spath’s own frustration at his inability to compel them back to court was a factor in his own decision last February to end the case until a higher court could rule on the matter.

That matter was appealed to the Court of Military Commission Review, which hears appeals from Guantanamo. On Oct. 11, after press deadlines for the magazine feature, the court ruled that Spath, not Guantanamo defense chief Brig. Gen. John Baker of the U.S. Marine Corps, had final authority on whether to dismiss the defense counsel. The court found that the Manual for Military Commissions and case law gave Spath the final say on whether there was good cause to dismiss the defense lawyers. The most recent information available to people without a security clearance suggests that the court is currently considering whether to rehear the case en banc.

However, the case is currently stayed for other reasons. The remaining defense lawyer for al-Nashiri, Lt. Alaric Piette of the U.S. Navy, now joined by learned counsel Capt. Brian Mizer of the Navy, filed a separate request to disqualify Spath and vacate man of his orders. This request was based on their discovery that Spath, who retired from the Air Force effective Nov. 1, was applying to be an immigration judge during many of the controversial decisions in this case, as the Miami Herald first reported in September. He is now an active immigration judge sitting in Arlington, Virginia. The defense argued that because some of the prosecutors in al-Nashiri’s case are civilians employed by the Justice Department, Spath’s rulings for the prosecution may have been tainted by his desire to work for the Justice Department himself.

The CMCR denied the defense’s request, but the defense appealed to the Court of Appeals for the District of Columbia Circuit. That court stayed the CMCR proceedings Nov. 7, pending its review of the immigration judge issue. The appeal of the CMCR’s Oct. 11 opinion remains unresolved. Speaking earlier this year, Professor Steve Vladeck of the University of Texas School of Law predicted that the loser of that appeal would take the case back to the DC Circuit, adding considerable time to the resolution of the long-running case.

“That’s part of why I’m so exasperated by the [Supreme Court’s] denial of cert in Nashiri II,” Vladeck said in a June interview, referring to an earlier trip the case took to the DC Circuit. “They were abstaining in favor of what exactly?”