Devin Nunes sues Twitter, says it's a 'portal of defamation' because of its political agenda 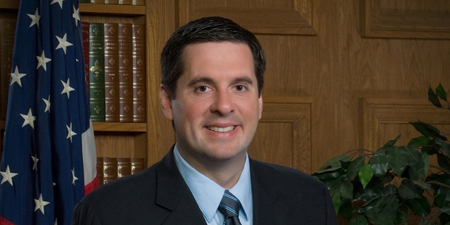 Republican California congressman Devin Nunes has sued Twitter and three of its users for $250 million for alleged defamatory tweets that eroded his voter support and benefited opponents.

The lawsuit, filed in Virginia state court earlier this week, alleges that Twitter censors content with which it disagrees, ignores complaints about offensive content, and knowingly hosts and monetizes content that is “clearly abusive, hateful and defamatory.” The New York Times, Fox News, the San Francisco Chronicle and BuzzFeed News have coverage.

“Twitter allowed (and allows) its platform to serve as a portal of defamation in order to undermine public confidence in plaintiff and to benefit his opponents and opponents of the Republican Party,” the suit says.

The defendants include parody Twitter accounts purporting to be written by Nunes’ mother and a cow, @DevinNunesMom and @DevinCow. Nunes alleges that those accounts coordinated with another defendant and Twitter user, Republican political consultant Liz Mair, in “a vicious defamation campaign.”

The suit also claims that Twitter shadow-banned conservative accounts, including his own account, to restrict his free speech. The suit cites a 2018 Vice news story that used the term to describe a Twitter bug that had kept others from seeing a user’s tweets. According to the New York Times, the bug existed for only a short time.

Mark Lemley, a professor at Stanford Law School, told the San Francisco Chronicle that the lawsuit “will almost certainly fail. … I assume he is doing this to make a political point, not because he expects to win $250 million.”

Jessica Levinson, a professor at Loyola Law School in Los Angeles, told the San Francisco Chronicle that Nunes is a voluntary public figure who must show that the alleged false statements were made with a reckless disregard for the truth. Opinion is also protected.

Another potential roadblock is Section 230 of the Communications Decency Act, which shields websites that host third-party content, the New York Times points out. But Nunes alleges that Twitter made decisions with a political bent.

According to the suit, Twitter did nothing to police defamatory content “as part of its agenda to squelch Nunes’ voice; cause him extreme pain and suffering; influence the 2018 congressional election; and distract, intimidate and interfere with Nunes’ investigation into corruption and Russian involvement in the 2016 presidential election.”